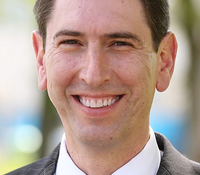 The Democratic-controlled New York City Council fired one of its members in the latest embarrassment to the city’s liberal leadership.

The move came after Chaim Deutsch, a self-described “conservative Democrat” who represented a district that included some of Brooklyn’s best-known areas such as Brighton Beach and Sheepshead Bay, pleaded guilty to tax fraud this month.

He will have to pay those taxes – with interest – and faces up to a year in prison and a fine of up to $100,000 when he is sentenced in July, according to reports.

His fellow Democrats – including Mayor Bill de Blasio – called on him to resign after the guilty plea.

However, Deutsch refused, causing the City Council to take the unusual step of pushing him out for violating his oath of office.

“Based on our review of the charging document and Mr. Chaim Deutsch’s plea agreement, the Council has concluded that the office of the 48th Council District has been vacated under the operation of law,” Speaker Corey Johnson announced this week. “Mr. Deutsch confessed to a crime and violated his oath of office. He is no longer a member of the City Council.”

Deutsch would have been out of office by the end of the year in any case due to the city’s term limits.

But in perhaps a sign of just how badly the Council wanted to be rid of Deutsch, his name and profile were almost immediately wiped from the agency’s website.

While it was easy to remove him online, doing the deed in the real world may prove a little tougher.

His attorney had previously told NY1 that he had intended to remain in office, insisting it would be legal for him to do so since the charges were not a felony and unrelated to his work on the City Council.

After he was fired anyway, his attorney released a statement warning that Deutsch may fight the ejection, saying he is “evaluating all of his legal rights and options.”

“It is a sad day when those in charge think it is better to keep an empty seat in City Council than to give continued voice to Mr. Deutsch’s constituency,” attorney Henry Mazurek said in a statement. “Mr. Deutsch did the right thing by admitting his mistakes and accepting responsibility. This is more than most who have served in City Council.”

“As an elected official and community leader, Deutsch had a particular responsibility to follow the law,” U.S. Attorney Audrey Strauss said in a statement cited by the local media. “Instead, over a multi-year period, Deutsch concealed his true business income to avoid paying his fair share of taxes.”

Deutsch was first elected to his district in 2013, and The Brooklyn Paper called him “one of the most independently wealthy members of the Council.”

That income may have been in jeopardy; he had pledged to divest those investments after a 2017 law banned most outside income by members of the Council, according to the newspaper.

It’s not clear if he had done so.

But it is clear he had ambitions beyond City Council: Deutsch set his sights on the House of Representatives, and last year launched a primary attempt against a fellow Democrat, challenging incumbent Rep. Yvette Clarke.

He won less than 10 percent of the vote.

Clarke was easily reelected to her safely Democratic seat with 83 percent of the vote.

And now, Deutsch himself is out of his once-safe seat on the New York City Council.