Health Alert: Aspirin use could lead to serious bleeding - The Horn News 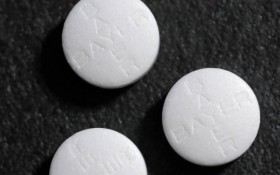 Changes may be coming to your aspirin regimen, and it may be well worth mentioning this to your doctor. The U.S. Preventive Services Task Force issued draft guidelines Monday recommending aspirin only if people meet a strict list of criteria — including a high risk of heart disease and a low risk of bleeding side effects.

The guidelines said the recommendation is strongest for 50-somethings, but that doctors should decide aspirin therapy on a case-by-case basis for people in their 60s, who can expect a smaller benefit.

Potential candidates should have at least a 10 percent risk of a heart attack or stroke over the next decade, have a life expectancy of at least 10 years and be willing to take daily aspirin that long, and not have other health conditions that cause bleeding, the guidelines said. That’s because prolonged aspirin use can trigger serious bleeding, in the gastrointestinal tract or brain.

“If you’re a person trying to decide whether to take aspirin, you’d want to be aware of all the potential benefits and the potential harms,” said Dr. Douglas Owens, a Stanford University professor and task force member.

The task force said there’s not enough evidence to assess aspirin therapy for those under 50 or over 69.

The task force guidelines are open for public comment through Oct. 12 at www.uspreventiveservicestaskforce.org .