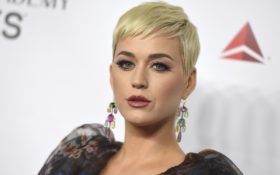 Katy Perry’s fashion line has pulled two types of shoes after some people compared them to blackface.

In a statement released Tuesday by the singer and company, they said the shoes were “envisioned as a nod to modern art and surrealism.”

The singer says she was saddened when she learned they were being compared to blackface and were “immediately removed” from the company’s website.

Perry’s is the latest company to withdraw products after they were compared to blackface. Gucci took a sweater off the market last week and Prada removed a series of accessories that resembled black monkeys with red lips in December.