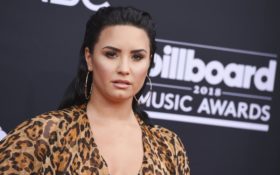 Demi Lovato’s mother says the singer is “doing really well” nearly two months after being hospitalized for a drug overdose.

In an interview aired this week on Newsmax TV , Dianna De La Garza says the pop star is “happy, she’s healthy, she’s working on her sobriety, and she’s getting the help she needs.”

She says she found out about the overdose through text messages from people who had heard the news.

She then got confirmation from Lovato’s assistant and says, “I was in shock; I didn’t know what to say.”

De La Garza says she “didn’t know for two days if she was going to make it or not.”

Lovato was sober for six years before relapsing. De La Garza says her daughter’s outlook “encourages me about her future and the future of our family.”