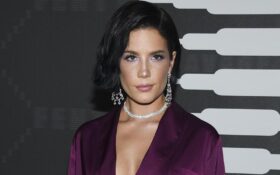 Halsey has something new to sing about: motherhood.

The pop star announced on Instagram on Monday that she has given birth to her first child. The 26-year-old posted black-and-white photos of her holding her baby next to her boyfriend, screenwriter Alev Aydin.

The singer wrote that their baby was born July 14 and is named Ender Ridley Aydin.

“Gratitude. For the most ‘rare’ and euphoric birth. Powered by love,” Halsey wrote on her post.

Halsey has released three platinum albums and is known for hits like “Without Me,” “Bad at Love” and “Closer” with the Chainsmokers.