This poll shocker just changed everything... - The Horn News 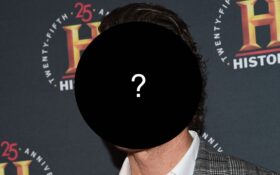 In 2003, Terminator star Arnold Schwarzenegger shocked the world when he became governor of California.

It seems as though the nation may be in for its next big shock.

Hollywood star and Oscar-winner Matthew McConaughey is strongly positioned to be the next governor of Texas.

The native of the Lone Star state is heavily favored in a recent poll done by Dallas Morning News — and the numbers reflect a commanding lead over current GOP Gov. Greg Abbott.

According to the poll, 45 percent of registered voters surveyed said they would vote for the famed actor versus 33 percent for the incumbent governor.

But it’s not totally smooth sailing.

Only 30 percent of registered GOP voters would cast a ballot for the Oscar-winner.

It’s no secret that his name recognition and general popularity as a Hollywood figure factors into his trending poll numbers — but since the COVID-19 pandemic has shuttered Americans indoors, he’s made several appearances in an effort to promote unity among divided Americans.

In the past, he has described himself as “aggressively centric.”

Could his early messaging have been a potential platform to one day make a run?

His recent best-selling novel, Greenlights, reportedly alluded to a political run in the future.

Experts have been attempting to get a pulse on McConaughey’s ambitions as a politician, though they are ambiguous based on his voting track record. According to numerous reports, the Hollywood star has never donated to either a Texas campaign nor a federal campaign.

In other words, whether he’d run as a Democrat or a Republican is still up for debate.

He has referred to Democrats as the “illiberal left” and also advocated for gun laws, but he became close friends with former 2020 Democratic candidate Beto O’Rourke.

So it’s safe to say his ambitions are a little all over the place at the moment.

How about you? Would you vote for McConaughey?

Would you vote Matthew McConaughey for governor?