[Poll] Musk shortlisted for Time's 'Person of the Year' again; who should win? - The Horn News 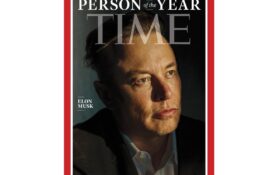 Time magazine has been naming a Person of the Year since 1927. It gives the distinction to whoever “for better or for worse … has done the most to influence the events of the year.”

The magazine will choose this year’s winner one on Wednesday. However, the publication has already revealed its shortlist for Person of the Year. The magazine provided a copy to NBC’s Today show on Monday.

Take a look at the 10 contenders —

.@TIME releases its 2022 Person of the Year shortlist pic.twitter.com/8rTCTIJUCY

Time included some repeats. For example, Time chose the tech billionaire Elon Musk as last year’s Person of the Year, and the magazine shortlisted him again this year, after his takeover of Twitter.

It also included some consensus choices. For example, Ukrainian President Volodymyr Zelenskyy has already won a “Person of the Year” award from another publication, the Financial Times.

However, the liberal magazine included some baffling entries, like Cheney and Yellen.

Plus, Treasury Secretary Janet Yellen made several remarks about our “transitory” inflation, but those remarks hardly influenced our prices or our perceptions.

Every year, the Time website runs a poll for the readers, but the magazine’s editors make the final call. For example, Brazil’s President Jair Bolsonaro won the reader poll last year, but Musk still won in the end.

Now, The Horn is running a poll, too.

Who should win… and who will win?

Who should win Person of the Year?

Who will win Person of the Year?