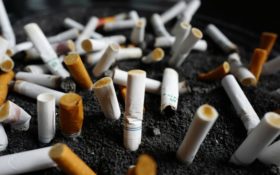 Six men, ranging in age from 39 to 68, were arrested after police raided two warehouses where the tobacco was being processed and used to make counterfeit packages of branded rolling tobacco which is a popular product among Greek smokers and cheaper than regular cigarettes.

Vans used to transport the counterfeit products were fitted with fake license plates, believed to be copies of legitimately-licensed vehicles.

Police said unpaid taxes for the amount of tobacco seized was worth around 2 million euros ($2.2 million). The six arrested men, all Greeks, were to be charged with multiple tax evasion and fraud-related offenses.

The arrests were announced Thursday in Thessaloniki, in northern Greece, where the investigation was initiated.

Greece and Bulgaria have the highest rates of smoking in the European Union, according to the Eurostat agency.