Police on the hunt for naked baseball burglar... (crazy!) - The Horn News 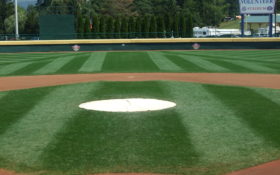 Authorities in Florida are asking for the public’s help in tracking down a man who they say burglarized a Little League concession stand wearing nothing more than a ballcap and gloves.

Deputies say the burglar stole cameras and a cash box with $250 inside, and he caused $5,000 in damage.

The ball field is shared with Dunedin High School.