Increase in spiked drinks? Here's what police are investigating - The Horn News 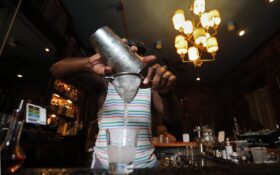 Police in Blacksburg are investigating reports that customers were drugged at a restaurant in the town.

News outlets report that police said Thursday that there had been “multiple complaints and social media reports” of people being affected by something put in their drinks that caused “cognitive impairment” during their visit to Centro Taco Bar. No evidence has been found to substantiate the drugging, but police said there is an ongoing investigation involving town police, the Virginia Alcoholic Beverage Control Authority and the state Department of Forensic Science.

Centro Taco Bar is cooperating with investigators by allowing full access to the restaurant and its surveillance system, police said.