Police: Florida man tries to trade back vehicle he stole - The Horn News 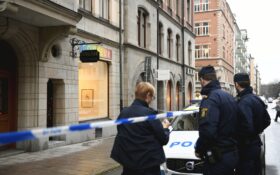 A Florida man tried to trade in a vehicle from the same dealership he stole it from, police said.

Lake City police responded to a report of a stolen vehicle at a Chrysler Dodge Jeep dealership on Monday, WTLV-TV reported.

Employees told officers that a man was trying to trade in his vehicle for a new one. But upon checking the VIN number, they found that the vehicle was stolen from the dealership’s lot a few days earlier.

The man admitted to stealing the vehicle, police said, adding the crime was captured on the dealership’s camera system.

He was arrested on charges including grand theft of a motor vehicle and criminal mischief.