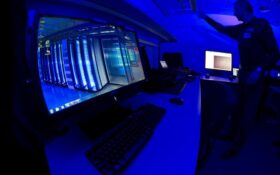 Dutch and French police cracked an encrypted communications network used by organized crime gangs, allowing them to covertly watch “over the shoulder” of criminals in real time as they planned drug trafficking, arms sales, assassinations and torture, officers announced Thursday.

The massive cross-border probe started in 2017 when French police began investigating phones using the EncroChat secure communication tool and ultimately were able to work around the encryption to gain direct access to users’ communications.

“It was as though we were sitting at the table where criminals were chatting among themselves really,” said Jannine van den Berg, chief of the Dutch National Police Force.

European police and judicial authorities said they expect the investigation to send shockwaves through organized crime gangs across the continent.

It’s not the first time Dutch police have been involved in a major cyber sting. In 2017, Dutch cyber detectives secretly took over an online market place and acted as its administrators, collecting usernames and passwords and logging data on thousands of drug sales.