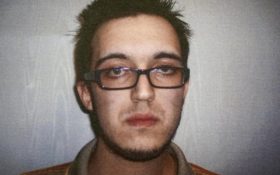 A Boston police captain’s son faces 20 years in prison for plotting an attack on a college to support the Islamic State group.

Alexander Ciccolo is expected to be sentenced Wednesday in Springfield’s federal court.

Ciccolo agreed to serve 20 years behind bars when he pleaded guilty to terrorism charges in May, a month before he was scheduled to go to trial.

Prosecutors say Ciccolo plotted to use assault rifles and explosives to carry out his attack at an unidentified school.

They say Boston police Capt. Robert Ciccolo’s decision to alert the FBI about his son “likely saved the lives of numerous innocent people.”