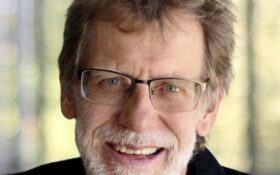 The body of a longtime Northern California university professor was found last week in Yosemite National Park, and park officials are asking anyone who may have seen him at the park to call investigators.

James Youngblom, 64, had been hiking alone. His body was found on June 25, the National Park Service said in a statement Wednesday.

The statement did not disclose details on how Youngblom died. Tuolumne County Sheriff’s Office spokesman Deputy Nico Sandelin said an autopsy has not yet been completed. Park spokesman Scott Gediman provided no other information, citing an ongoing investigation.

Anyone who may have seen Youngblom in the area of White Wolf, Pate Valley or the Grand Canyon of The Tuolumne between June 22 and June 25 should contact the National Park Service Investigative Services Branch, the statement said.

Youngblom taught biological sciences at California State University Stanislaus for 31 years. He was an avid outdoorsman and experienced backpacker who took at least one solo backpacking trip each year, said David Evans, the university’s dean of the College of Science.

Youngblom was the chair of the Department of Biological Services. His expertise was on genetics and DNA technology, but his focus was on the students, Evans said.

“He was passionate about getting youth and college students interested in science,” Evans said.

Youngblom, who was set to retire in the fall, for years ran a program for middle schoolers called “Dinner with a Scientist” that brought hundreds of young students to the university in Turlock, California. His wife, Janey, was also a genetics professor at Stanislaus State until her retirement, Evans said.

“Our thoughts are with Janey, their family, loved ones, friends, colleagues and students during this sad time,” Evans said in a message to the campus community.