Pilot arrested after showing up for flight drunk - The Horn News 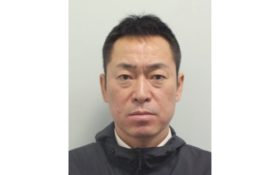 A Japan Airlines pilot who reported for a London-to-Tokyo flight almost 10 times over the alcohol limit has been sentenced to 10 months in prison.

Katsutoshi Jitsukawa was arrested Oct. 28 after the driver of a Heathrow Airport crew bus smelled alcohol and reported it to security officials.

Tests found the 42-year-old first officer had 189 milligrams of alcohol per 100 milliliters of blood in his system, almost 10 times the 20 milligrams limit for a pilot. The limit for drivers in Britain is 80 milligrams.

Judge Phillip Matthews said Jitsukawa had put passengers at risk and the consequences could have been “catastrophic.”

Passing sentence Thursday at London’s Isleworth Crown Court, the judge said “the prospect of you taking over control of that aircraft is too appalling to contemplate.”