[Pics] Would you cross this terrifying canyon bridge? - The Horn News 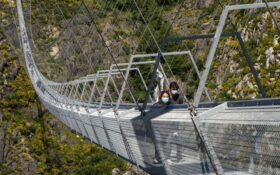 It’s probably best if you gird yourself before you look down from the Arouca Bridge.

The narrow footbridge suspended across a river canyon in northern Portugal claims to be the world’s longest pedestrian bridge and was officially inaugurated Sunday.

The Arouca Bridge offers a half-kilometer (almost 1,700-foot) walk across its span, along a metal walkway suspended from cables. Some 175 meters (574 feet) below, the Paiva River flows through a waterfall.

Arouca lies 300 kilometers (186 miles) north of Lisbon, the Portuguese capital. Local residents got a first walk on the bridge last week. Many were thrilled — even as some admitted it was a little unnerving to feel so high up and exposed.

The Arouca Bridge cost 2.3 million euros ($2.8 million) to build. Children under age 6 are not allowed on it and all visits will be accompanied by guides.

You can view photos of the bridge below: 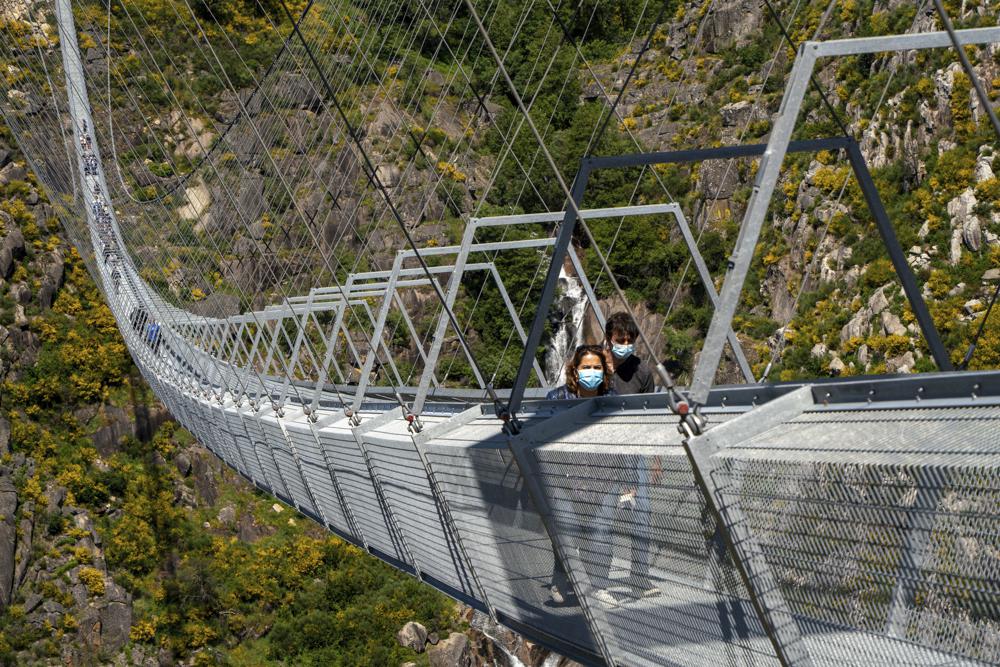 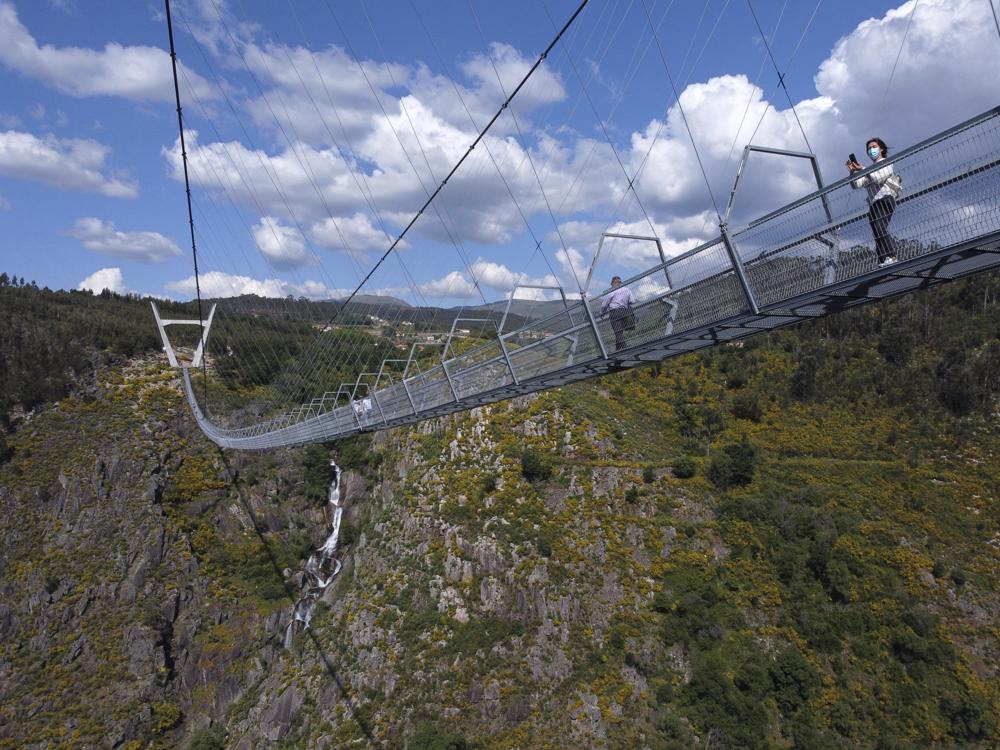 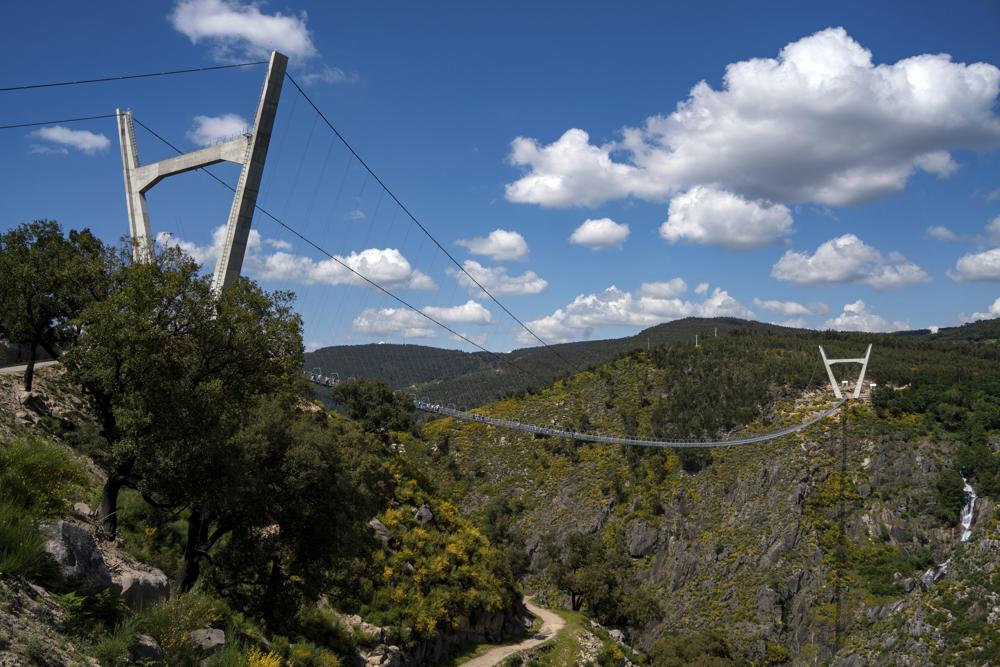