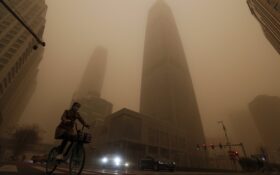 China’s capital and a wide swath of the country’s north were enveloped Monday in the worst sandstorm in a decade, forcing the cancelation of hundreds of flights.

Skyscrapers in the center of Beijing appeared to drop from sight amid the dust and sand. Traffic was snarled and more than 400 flights out of the capital’s two main airports were canceled amid high winds and low visibility.

The National Meteorological Center said Monday’s storm had developed in the Gobi Desert in the Inner Mongolia Region, where schools had been advised to close and bus service added to reduce residents’ exposure to the harsh conditions.

Such storms used to occur regularly in the springtime as sand from western deserts blew eastwards, affecting areas as far as northern Japan.

Massive planting of trees and bushes in fragile areas has reduced the effects on other parts of the country in recent years, but the expansion of cities and industries, along with strip mining and overgrazing, has put constant pressure on the environment throughout China. With its mix of desert and grassy steppe, Inner Mongolia is particularly prone to extreme weather resulting from resource exploitation.

Like COVID-19, which is believed to have spread from bats and other wild animals, sandstorms are a reminder of the need to respect nature, said Zhou Jinfeng, secretary general of the conservation group China Biodiversity Conservation and Green Development Foundation.

“Together with the pandemic, that’s another big lesson we should take and we should change our behavior,” Zhou said.

The National Meteorological Center forecasted the sand and dust would affect 12 provinces and regions from Xinjiang in the far northwest to Heilongjiang in the northeast and the eastern coastal port city of Tianjin.

“This is the most intense sandstorm weather our country has seen in 10 years, as well as it covering the broadest area,” the center said in a post on its website.

It wasn’t clear if the storm was related to a recent general decline in air quality despite efforts to end Beijing’s choking smog.

The ruling Communist Party has pledged to reduce carbon emissions per unit of economic output by 18% over the next five years. Environmentalists say China needs to do more to reduce dependency on coal that has made it the world’s biggest emitter of climate changing gasses.

You can view photos of the sandstorm below: 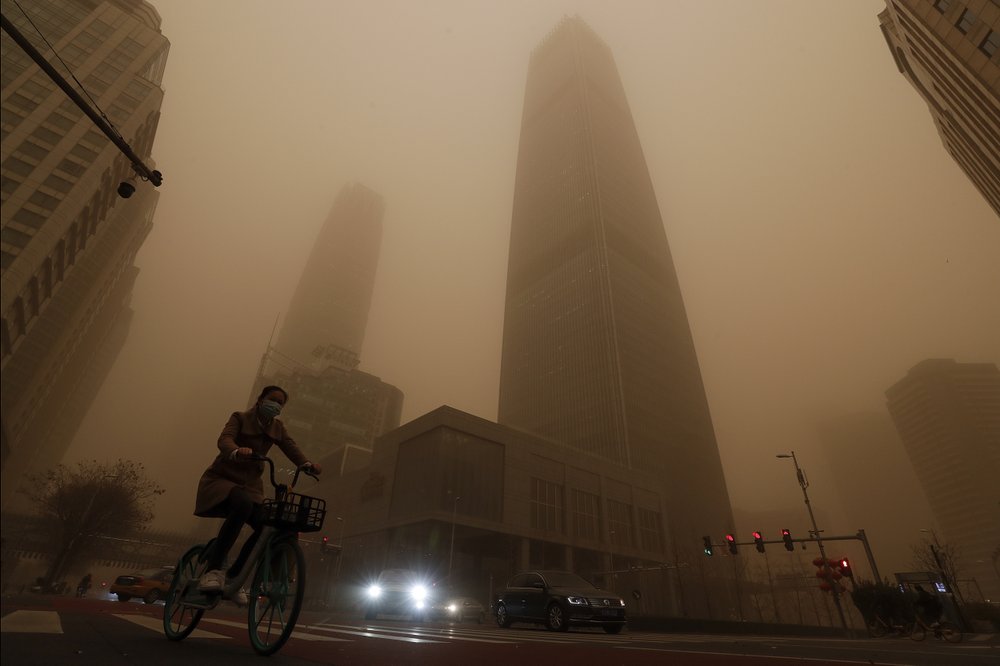 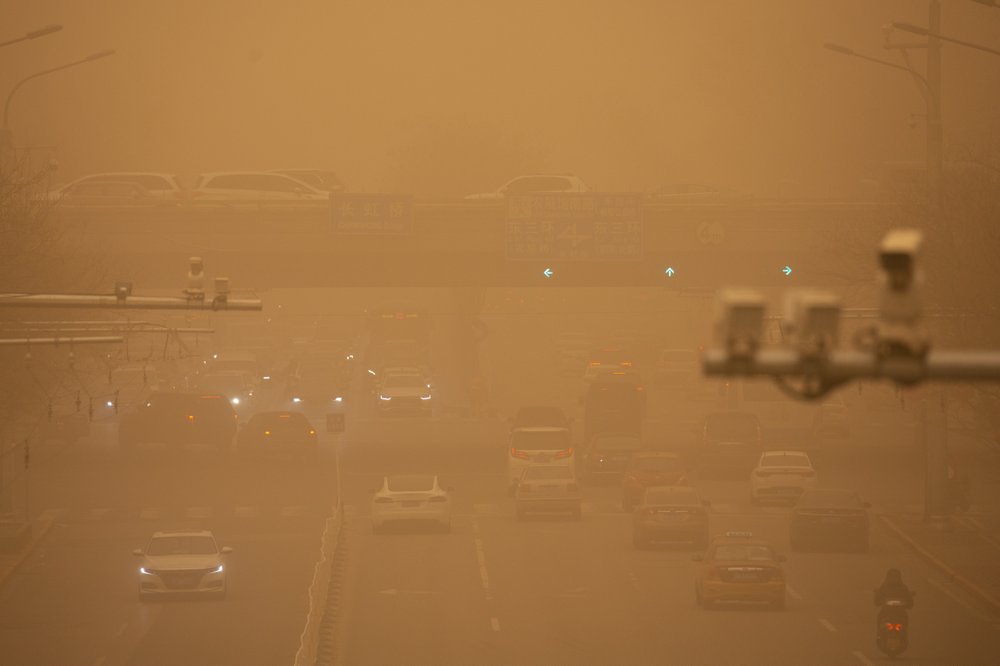 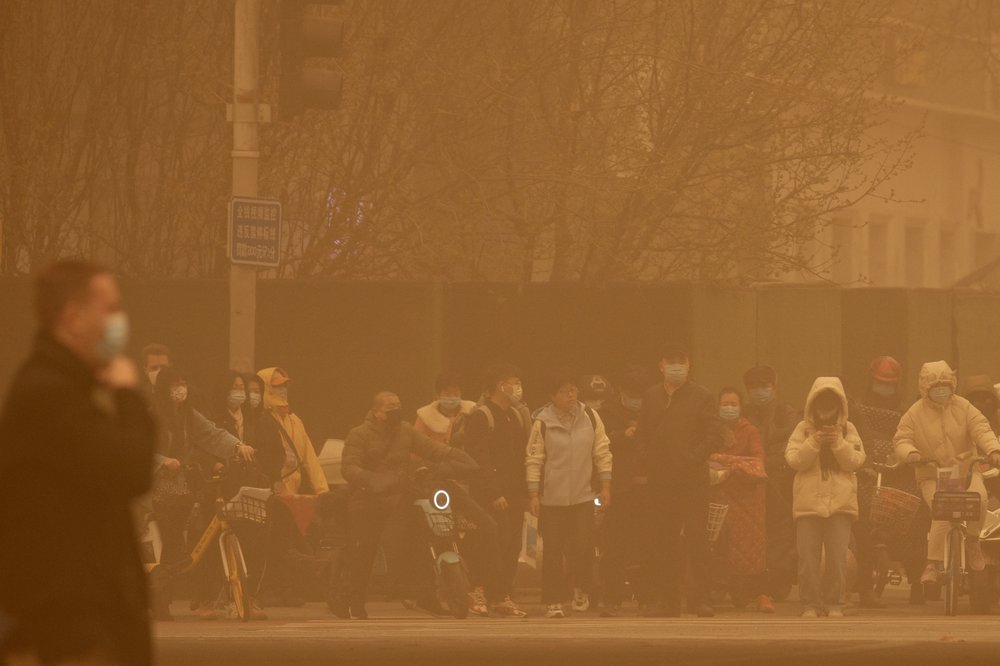 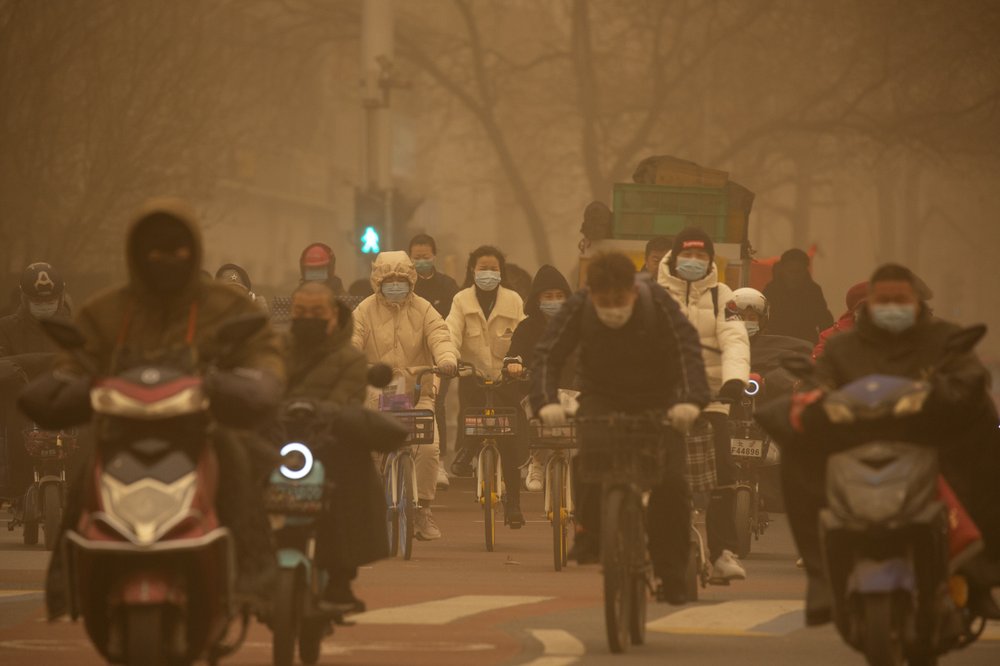 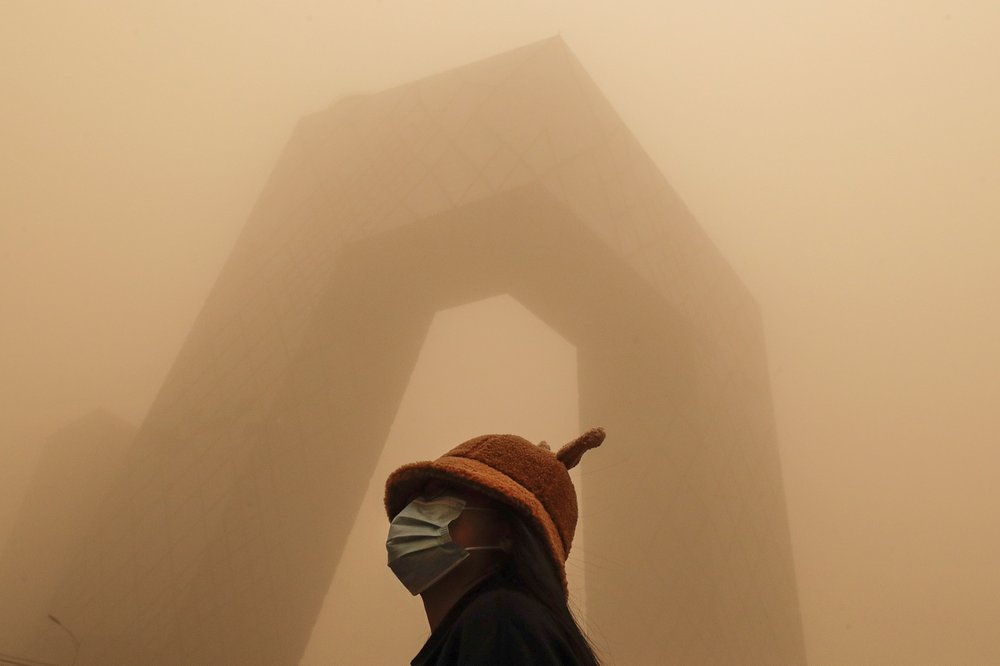