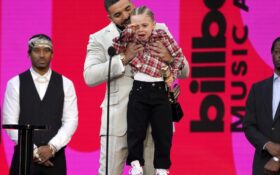 It was a family affair at the Billboard Music Awards: Pink twirled in the air in a powerful performance with her daughter, and Drake was named artist of the decade, accepting the honor alongside his 3-year-old son.

Drake, who extended his record as the most decorated winner in the history of the awards show to 29 wins Sunday, was surrounded by family and friends who presented him with the Artist of the Decade Award. He walked onstage outside the Microsoft Theater in Los Angeles with his son Adonis holding his hand.

“I wanna dedicate this award to my friends, to my longtime collaborators … to my beautiful family, and to you,” he said, looking to Adonis and picking him up to kiss him.

Pink received the Icon Award and was joined onstage by her 9-year-old daughter — showing off their powerful gymnastic skills as they spun in the air in a jaw-dropping performance. Known for her signature aerial and acrobatic moves, Pink was matched by Willow Sage Hart as “Cover Me In Sunshine” played in the background, Pink’s song featuring vocals from her daughter.

“Willow, you nailed it,” Pink said after the performance. “I love what I do and I love the people that I get to do it with, and we’re pretty good at what we do, but it wouldn’t matter if no one came to see us and play with us. So all you guys out there … thank you for coming out!”

Pink’s performance was one of several pre-taped moments at the awards show, which aired on NBC and was hosted by Nick Jonas. Live performances were held outdoors, in front of feverish audience members wearing masks.

The Weeknd was on hand to accept the most wins of the night — 10. He walked into the show with 16 nominations, winning honors like top artist, top male artist, top Hot 100 song for “Blinding Lights” and top R&B album for “After Hours.”

“I wanna take this opportunity to thank you, my parents,” he said. “I am the man I am today because of you. And thank you to my fans, of course. I do not take this for granted.”

The late rapper Pop Smoke was also a big winner: He posthumously earned five honors, including top new artist and top rap artist, while his debut — “Shoot for the Stars, Aim for the Moon” — won top rap album and top Billboard 200 album, which his mother accepted onstage.

You can view photos of the event below: 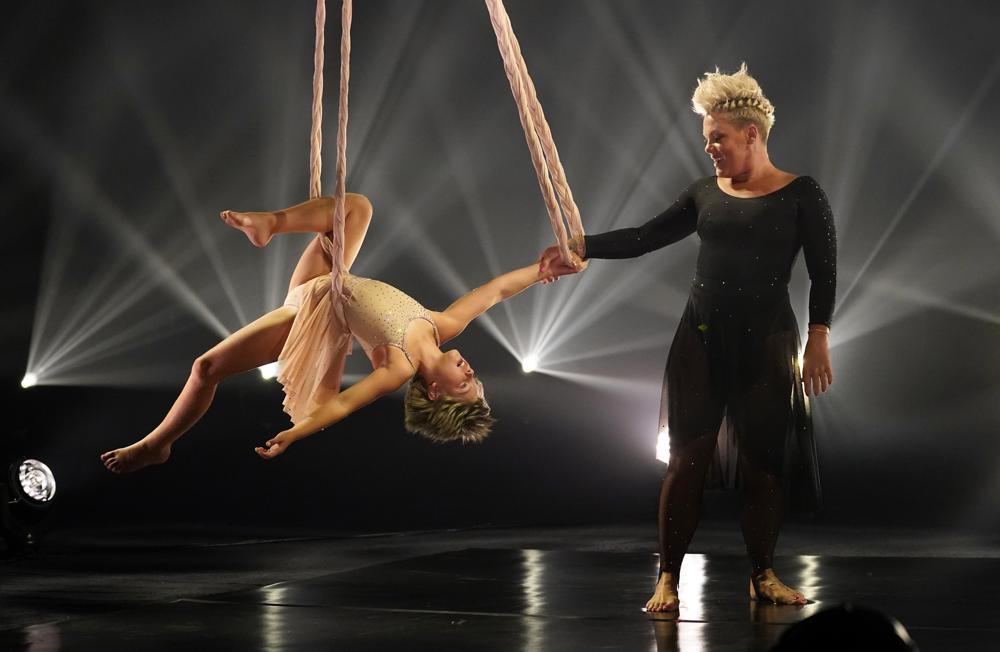 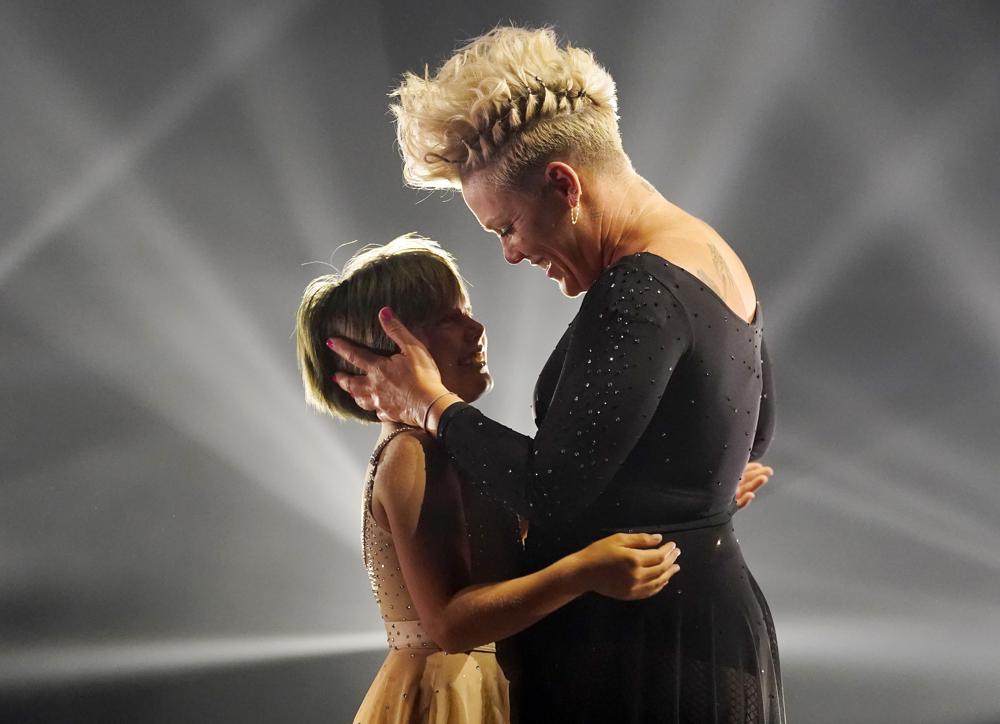 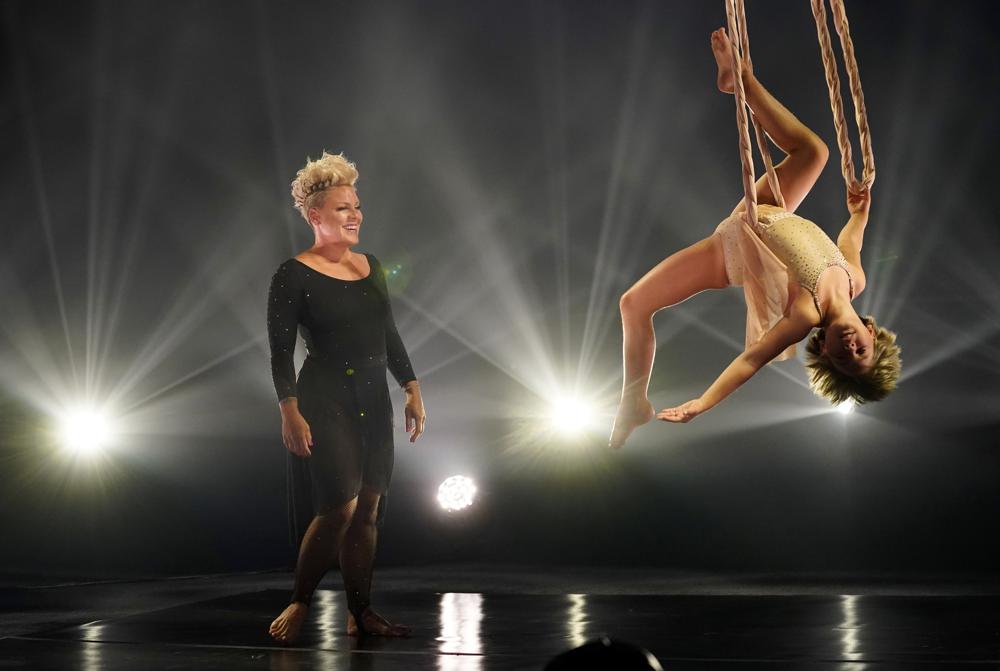 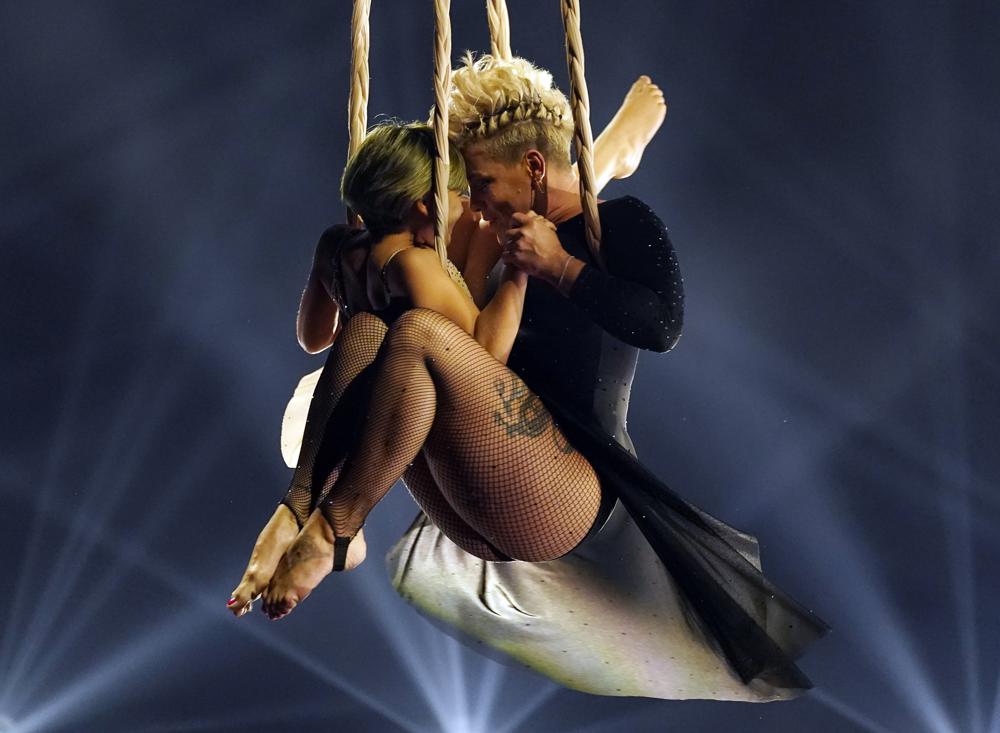 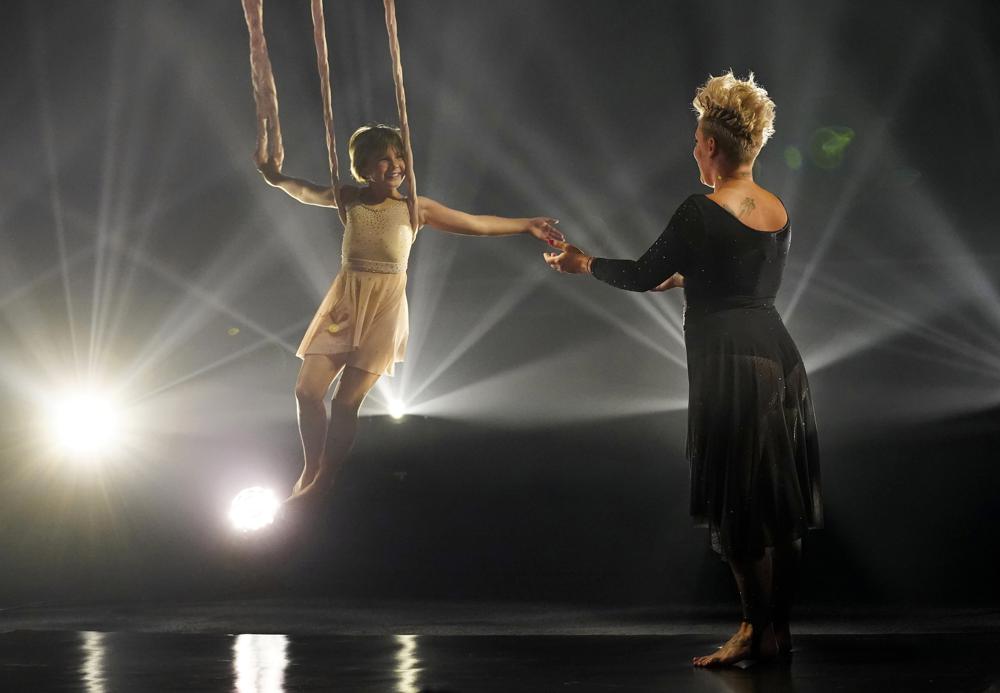 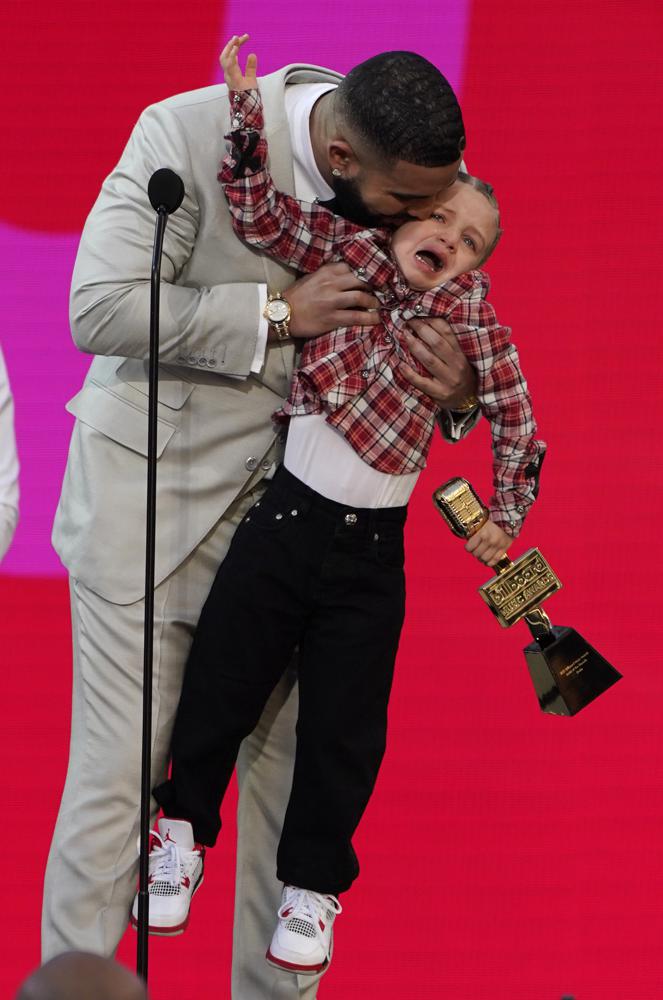