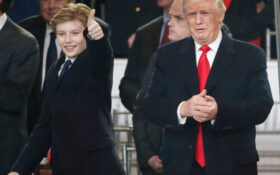 Upon entering the White House as the First Son, he was notably shorter than both father Trump and former First Lady Melania Trump.

A past photo from The Associated Press can be seen below, which was taken on the 2017 Inauguration Day.

On that day, Barron looked to be shorter than his father. 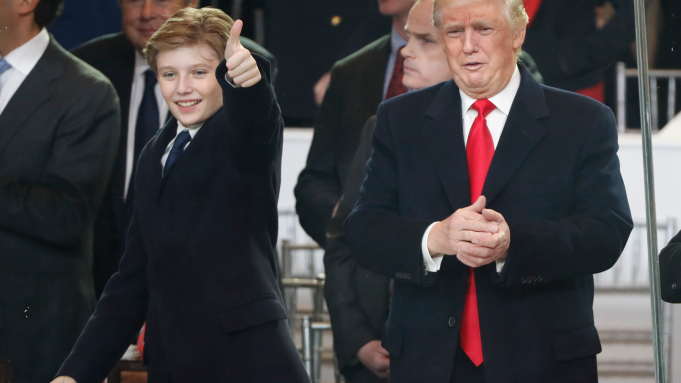 Boy, how things have changed.

Tabloids captured a recent photo of Barron that all but broke the internet. Critics and the media alike raved about the former First Son’s height.

You can see that photo below in a Daily Mail post. Barron was spotted leaving Trump Tower, carrying what the tabloid says is a premium Louis Vuitton handbag.

At 15-years-old, the youngest Trump child is skyrocketing over Melania — who herself is already known for her tall figure. The Daily Caller reports that there’s speculation that Barron could be near 6’7″.

According to the Daily Mail piece reporting the story and the photos, former President Trump purportedly told a crowd in North Carolina that Barron was 6’7″.

This would make him verifiably taller than his father, who reportedly stands 6’3″ tall.

He seems to be following in the footsteps of Don Jr. and Eric as a tall figure.