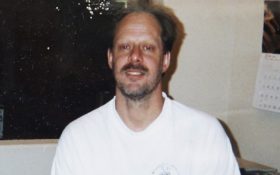 Photos from inside Stephen Paddock’s body has leaked online — and inside the chilling image there appears to be evidence of a suicide note.

According to The Daily Star Online, which first released the photo early Tuesday, the photo is of the body of Paddock inside his hotel room on the 32nd floor of the Mandalay Bay casino.

The mass murderer converted the room into a  deadly sniper’s nest and used his vantage point to reign down carnage on a nearby country music concert, killing 59 and wounding nearly 530 innocent people.

The photo allegedly shows two rifles with bi-pods and hundreds of shell casing at Paddock’s feet. A hammer lays on the ground near the windows to the left. To the right, on a nightstand, rests what appears to be a pen, a roll of tape, and a note.

Authorities have remained quiet about the suspected motives of Paddock, leaving outsiders to speculate on what the alleged note might contain.

Does it offer clues as to what drove Paddock to commit mass murder? Or is it merely a discarded piece of paper? 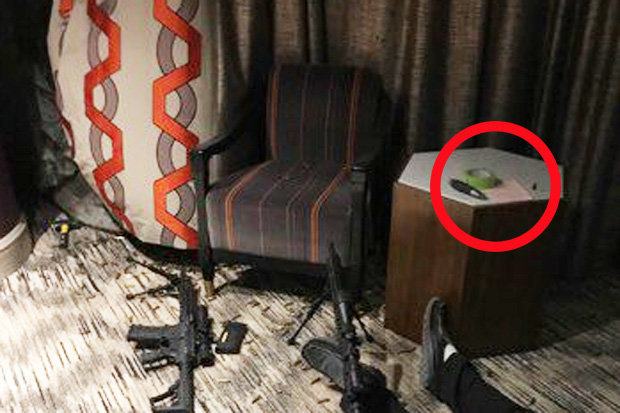 The picture published by The Daily Star Online