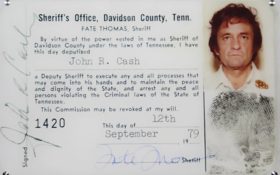 A sheriff has presented the Johnny Cash Museum proof that the late musician who famously cultivated an image as an outlaw was in fact granted law enforcement authority decades ago.

Hall says his photographer found a photo of the card, which has been talked about for years. It’s unclear where the original card is.

The card authorized Cash to ”… Arrest any and all persons violating the Criminal laws of the State of Tennessee.”

Hall says he doesn’t have evidence of what the deputy work entailed, but Cash believed in prison reform and criminal justice reform.

You can view the card below: 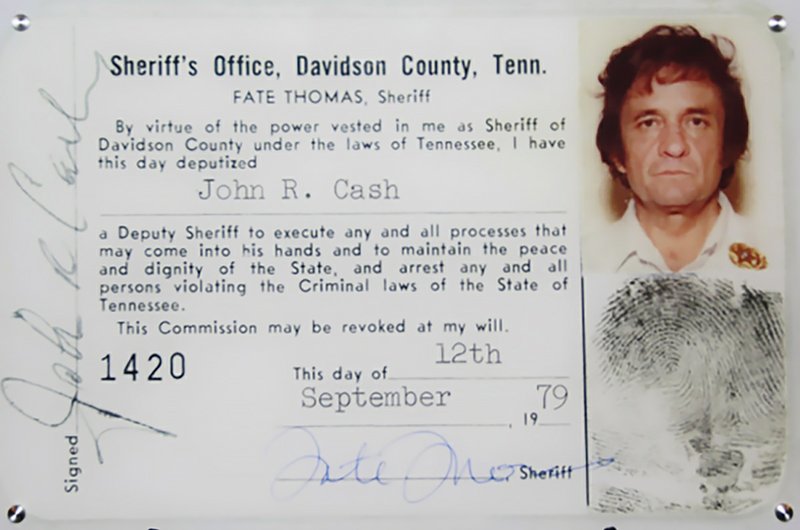