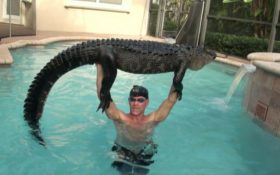 A Florida animal trapper says he corralled a large alligator by playing with it until it got tired after it hopped into a residential swimming pool.

Celebrity trapper Paul Bedard, who is contracted with the state’s nuisance alligator program, said Thursday that he was dispatched to a house in Parkland, Florida.

Bedard said he was able to pull the nearly 9-foot (2.7-meter) animal out of the water once it grew tired from playing with him in the pool on Wednesday. He put a snare on its mouth and taped it.

He described the reptile as “mellow” and named it Cool Hand Luke after the 1967 film starring Paul Newman.

You can view a photo of the full-sized image of the gator below: 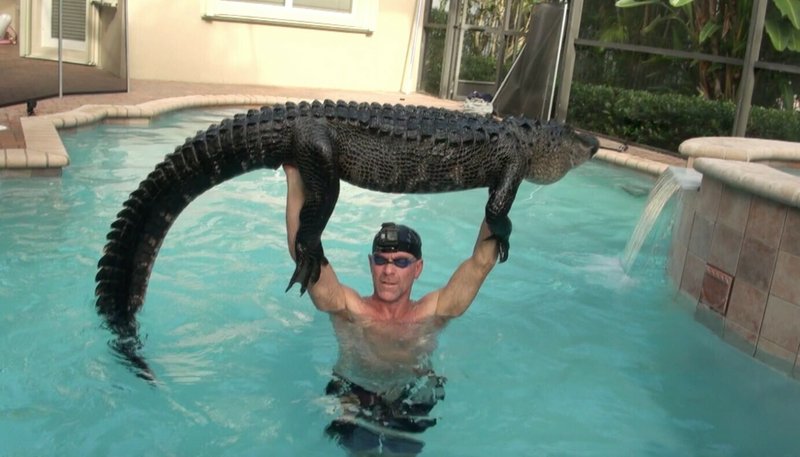