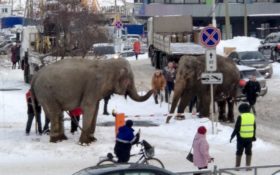 Russia is said to be the place where bears roam the streets — but for a short while it was a free-for-all for elephants.

Residents of Yekaterinburg were flabbergasted to see a couple of elephants wandering the snowy streets of Russia’s third-largest city after they escaped from a circus.

Unreceptive to attempts to bring her back, one of the female elephants crossed a busy street and headed to a residential building to roll and cavort in the snow on Thursday. One man who tried to stop her by holding on to her trunk was pushed across the street, his feet sliding on the ice.

The local circus said the two elephants — Karla and Ranni — belonged to an Italian company that ran a show in Yekaterinburg during the New Year holidays.

When its troupe tried to load the animals into a truck to head to the next destination, they resisted and walked away. The circus said that Ranni loitered near the loading point but the more adventurous Karla decided to make a tour of the city.

Handlers finally got a rope around one of the elephant’s front legs, but it took a dozen people to pull her back. She reluctantly obeyed after playing in the snow.

“The elephants wanted to get some new experiences before a long journey, and they got them,” the circus commented.

You can view a photo of the bizarre incident below: 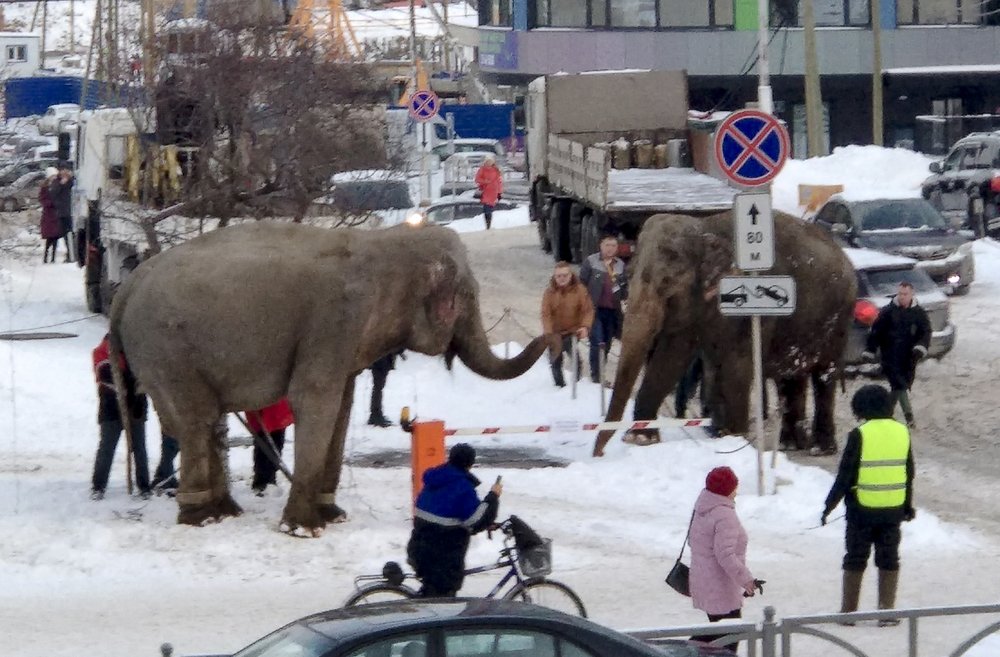