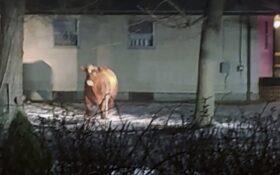 Where’s the beef? Still very much on the mooove in Rhode Island.

More than a month after escaping while being unloaded at a slaughterhouse, a 1,600-pound (725-kilogram) steer is still roaming the streets of Johnston, about 10 miles (16 kilometers) west of Providence.

Police said Wednesday in a Facebook post that although they’ve been keeping loose track of the steer’s whereabouts, they can’t chase it, so their goal is to keep it contained to wooded areas where it can’t endanger drivers or itself.

Officers posted a blurry nighttime photo of the bovine showing it on a residential street near a “Support Our Police” yard sign, and said it appears to be healthy and well-fed. 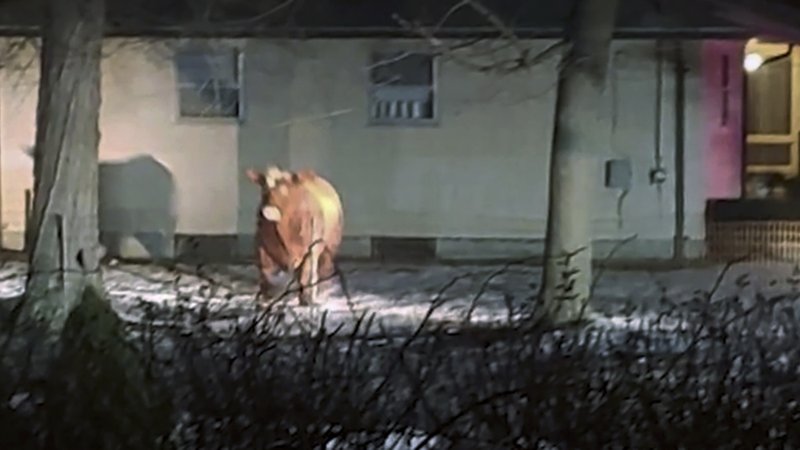 “Though it appears in this picture that it backs the blue, the escaped Johnston cow is still on the lam,” police wrote. “Where now, brown cow? We have been actively tracking and monitoring the cow since its great escape. Help us bring this story to a good conclusion.”

On Feb. 4, after the animal first bolted when a wholesaler lost control of it outside Rhode Island Beef & Veal in Johnston, a startled Uber driver reported seeing it hoofing its way through an intersection as he was waiting for a traffic light to change.

It later was sighted in Providence, where local authorities contacted the Department of Environmental Management and animal control. Neither agency had the resources to capture and transport the animal, according to a police report.

Authorities are urging anyone who sees it to alert police and not attempt to corral it themselves.

“Stay clear of the steer,” they posted. “Please leave the capture to professionals.”