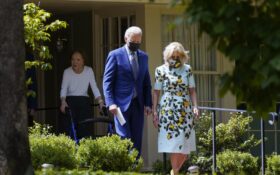 The public has gotten a glimpse inside President Joe Biden’s visit last week with Jimmy and Rosalynn Carter.

But on the internet, the photo from the visit is raising some eyebrows — and some conspiracy theories…

The White House released a photo of a smiling Jimmy Carter sitting in a chair and holding the hand of first lady Jill Biden while the president kneels beside a seated Rosalynn Carter. 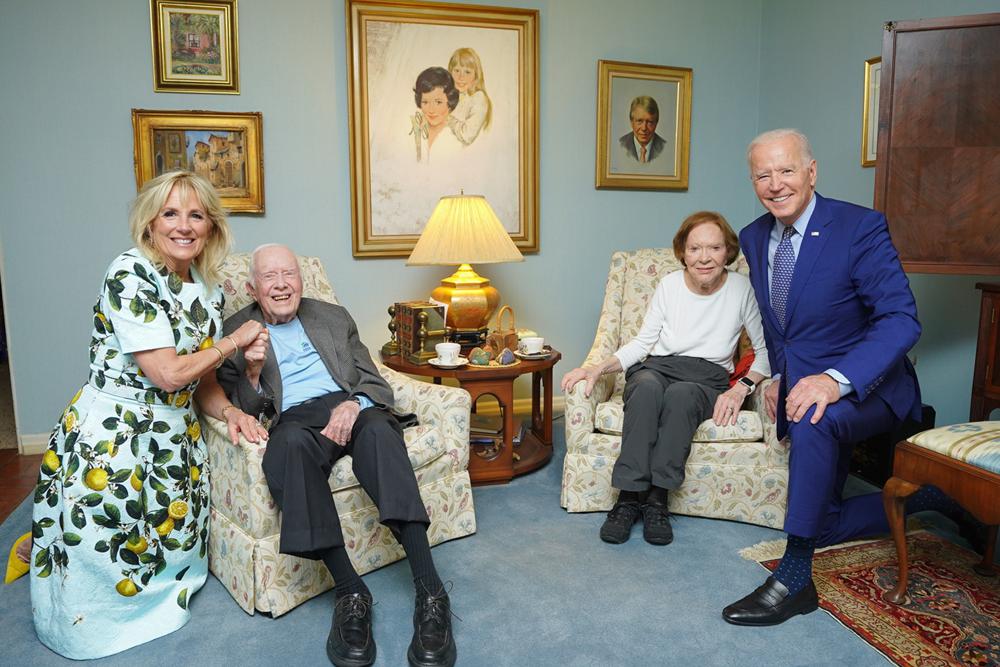 A chain reaction of conspiracies quickly flared up around the strange picture. Some people have claimed the photo had been faked.

“Joe looks like he just lifted 500 pounds of weights and Jill’s waist is very thick,” wrote Missy Crane. “Neither of them are that bulky… ”

Why do The Carter’s look like miniatures?! They are amazing wonderful people ????????The proportions here are off somehow. Who else agrees?!

But perhaps more concerning is the obvious question: Where are their masks?

“No mask?” asked pro-life activist Obianuju Ekeocha. “But they’ve been wearying masks EVERYWHERE, so why not with this very elderly, very vulnerable couple?”

No mask? But they’ve been wearying masks EVERYWHERE, so why not with this very elderly, very vulnerable couple?

Biden — who over the weekend called mask-wearing “patriotic responsibility” — was photographed in the picture without one entirely.

It would seem that given the age of Mr. Carter, the longest-lived former president in history, that the Biden Administration would take all precautions.

But Biden wasn’t wearing one, nor his wife Jill.

The image was taken last Thursday as the 96-year-old former president and his wife hosted the Bidens at their home in Plains, Georgia.

Mr. Carter didn’t appear outside his home with Biden afterward. Instead, it was Rosalynn Carter who stood in the doorway, supported by her walker, as the Bidens departed.

Biden’s stop in Plains was part of a swing through Georgia to mark his first 100 days in office. Biden said of Carter: “We sat and talked about the old days.”

Is this Biden-Carter photo legit?