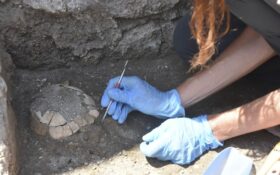 Archaeologists in Pompeii have discovered the remains of a pregnant tortoise that had sought refuge in the ruins of a home destroyed by an earthquake in 62 AD, only to be covered by volcanic ash and rock when Mount Vesuvius erupted 17 years later.

The 14-centimeter long (5.5-inch long) Hermann’s tortoise and her egg were discovered during excavations of an area of the ancient city that, after the earthquake leveled Pompeii, was being rebuilt for the construction of public baths, officials said Friday.

Pompeii was then destroyed for good after the volcanic eruption in AD 79.

Archaeologists suspect the tortoise, a species that is common in southern Europe, had sought refuge in the rubble of a home that was too badly damaged from the quake to be rebuilt.

Pompeii’s director general, Gabriel Zuchtriegel, said the fact that she still had her egg suggested she died before finding a safe, hospitable place to lay it.

“This lets us reflect on Pompeii in this phase after the earthquake but before the eruption, when many homes were being rebuilt, the whole city was a construction site, and evidently some spaces were so unused that wild animals could roam, enter and try to lay their eggs,” he said.

It’s not the first tortoise to be found in Pompeii, and Zuchtriegel said an important focus of current excavations and research concerns the organic and agricultural materials found outside Pompeii’s urban center.

The discovery of the tortoise, he said, adds to “this mosaic of relations between culture and nature, community and environment that represents the history of ancient Pompeii.”

The excavations in the Stabiane baths section of Pompeii are being carried out by the Free University of Berlin, the University of Napoli’s L’Orientale, and Oxford University, alongside the Pompeii archeological site. 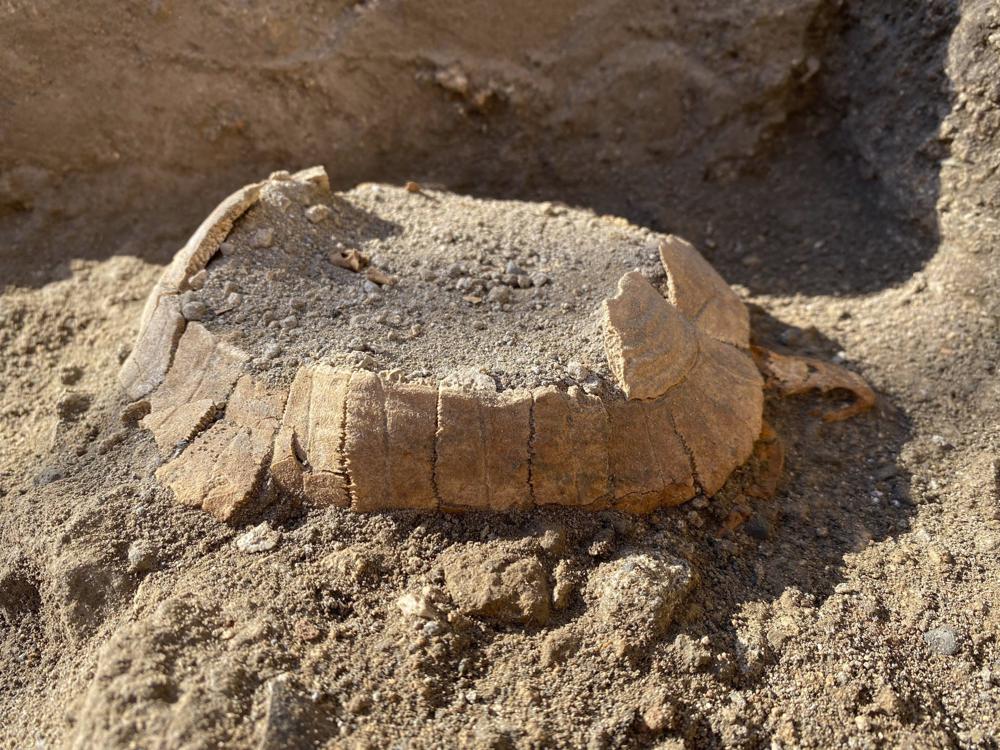