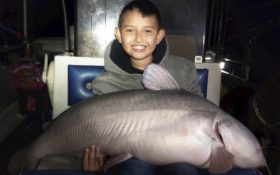 He caught a fish “this” big. No, really.

Kris Flores said his son, Alex, made the big catch by himself and shattered dad’s record of reeling in a 36-pound (16-kilogram) fish.

Flores says the fourth grader named the fish Wailord after the Pokemon character. The father says his son released the fish back into the reservoir after taking some photos and videos.

The biggest fish ever reportedly caught in Elephant Butte history was 78 pounds (35 kilograms).

You can view a full-sized image of the catfish below: 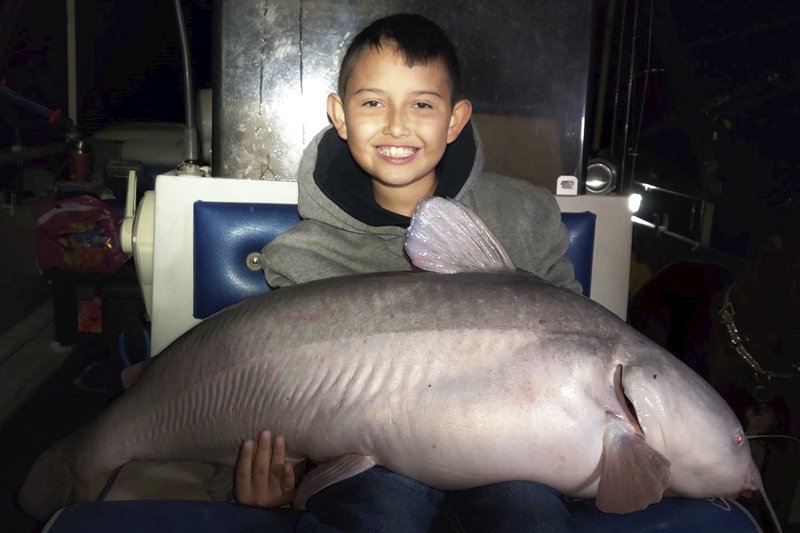