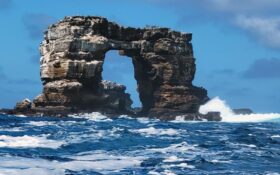 The famed Darwin’s Arch in the Galapagos Islands has lost its top, and officials are blaming natural erosion of the stone.

Ecuador’s Environment Ministry reported the collapse on its Facebook page on Monday.

The rock structure — 141 feet high, 230 feet long, and 75 feet wide — is less than a half a mile from Darwin Island and it’s a popular spot for scuba divers. It’s not accessible by land.

“Obviously all the people from the Galapagos felt nostalgic because it’s something we’re familiar with since childhood, and to know that it has changed was a bit of a shock,” said Washington Tapia, director of conservation at Galapagos Conservancy. “However, from a scientific point of view, it’s part of the natural process. The fall is surely due to exogenous processes such as weathering and erosion which are things that normally happen on our planet.”

The unique flora and fauna on remote islands, some 600 miles off the coast of mainland Ecuador are famed in part for inspiring Charles Darwin’s thoughts on evolution.

You can see the photo of Darwin’s Arch before the collapse below: 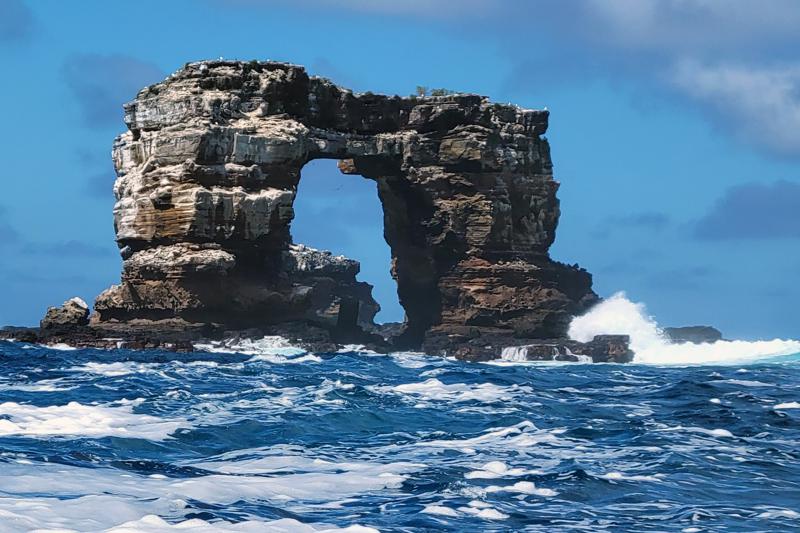 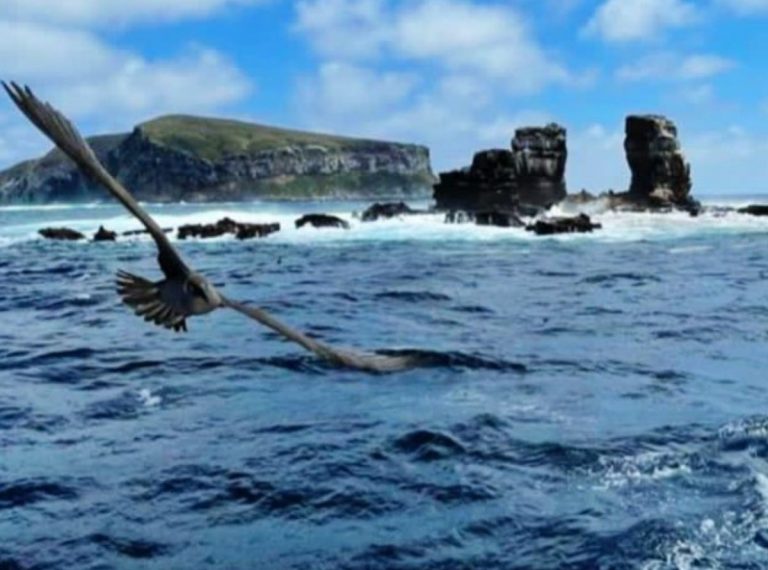