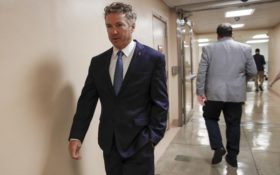 In 2017, he was viciously attacked and injured by a neighbor.

He and his wife were threatened by a mob of angry leftists in 2020 in Washington, D.C.

Now, Paul is under assault once again.

Politico reported that Paul has received a “suspicious” package to his home in Bowling Green, Kentucky this week.

Initial reports say a white powdery substance was inside the package.

ox News is reporting that the package was sent with a graphic image of Paul — wounded with what looks to be a broken arm and a neck brace — and the image of a gun aimed at Paul’s head.

Paul’s senior advisor, Sergio Gor, confirmed reports that the package is currently under investigation by the FBI.

Reports have yet to determine who sent the Monday morning threat.

“I’ll finish what your neighbor started, you mother*****.”

Paul said he is angry about the attack.

“I take these threats immensely seriously,” Paul purportedly wrote in a statement in response to the threat.

Paul was referring to Richard Marx, who made threatening comments about Paul over the weekend.

The American singer celebrated the 2017 attack on Paul.

I’ll say it again: If I ever meet Rand Paul’s neighbor I’m going to hug him and buy him as many drinks as he can consume.

Hate or love Paul, he’s got a point.

Big Tech giants like Twitter allow attacks on conservative lawmakers and at the same time censor Republican content. Paul’s complaint comes as GOP legislators have voiced their concerns about the biased behavior of big tech — and Republicans likely won’t give up this fight anytime soon. 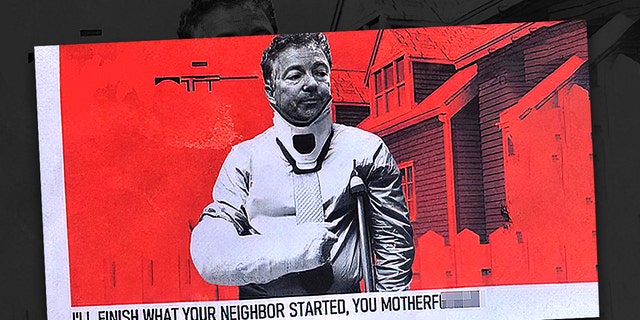