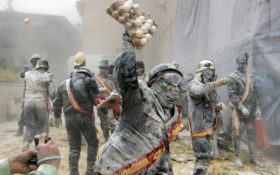 Every year since Roman times, it’s been a pitched battle for control of the Spanish town of Ibi.

This is the topsy-turvy world of the “Enharinados” (the “floured”) where for one day a year the underdogs are in control of this town in the eastern region of Alicante.

Every Dec. 28, the citizens of Ibi are divided into two groups, the “Enharinados,” — the “floured” — who try to take control for a day and the opposition, which aims to restore order.

In Roman times, it was the slaves who took over for a day. Nowadays, friends and neighbors take up the differing roles.

The uprising starts in the morning as “the floured” take control of the town hall and announce a new regime and laws. The two groups then move to the local square to slug it out, using a seemingly endless supply of eggs and flour. It doesn’t take long for everyone to be dusted white with flour and egg smears to coat the cartoonish military uniforms.

Local records in Ibi first mention the winter festival in 1636. The tradition was lost during the right-wing dictatorship of Francisco Franco, but in 1981 the festival started up again.

As soon as the eggs have run out, it’s the turn of the “drunk” fireworks to overthrow the upstarts. Directionless and explosive, the fireworks end up going everywhere.

“We always come to beat them and we eat them alive,” said participant Ramon Castella, a 35-year-old electrician. “The “drunk” rockets, this is the moment we really give it a go.” 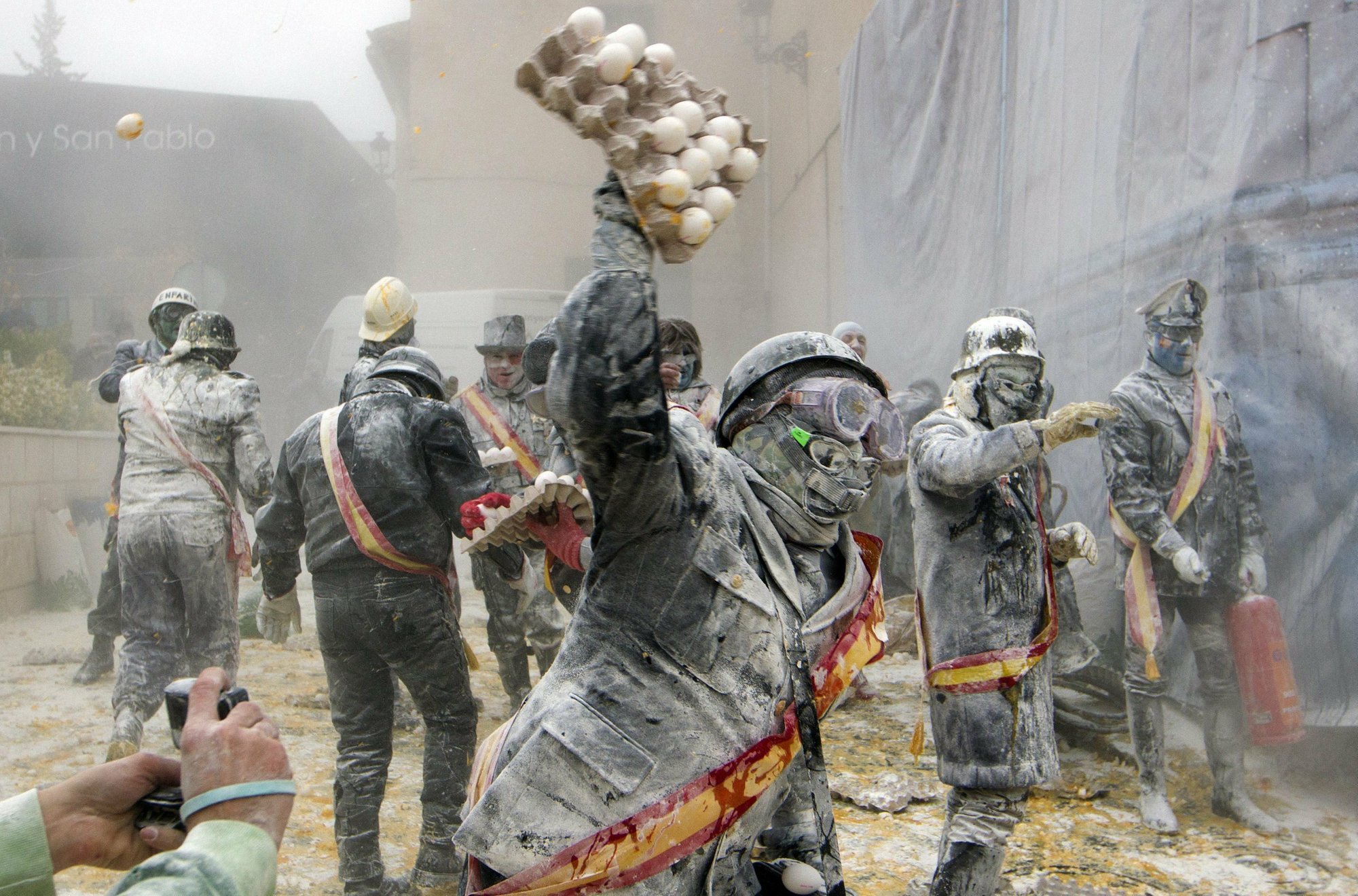