[Photo] See the thief who terrorized Hollywood - The Horn News 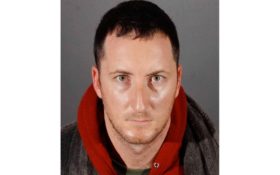 A man who allegedly burglarized millions of dollars worth of property from Hollywood Hills homes of celebrities and others has been arrested, Los Angeles police said Wednesday.

Entertainers such as Usher, Adam Lambert and Jason Derulo were among 13 victims identified so far, Timmons said.

Police posted photos of items on a website in hope of identifying other victims and returning property to them. Timmons said the estimated combined value of the items was at several million dollars.

The items stolen in 2017 and 2018 include artwork, jewelry, fine wines, purses and clothing, said Capt. Cory Palka, commander of the LAPD’s Hollywood Division.

Authorities alleged Ackerman cased homes while pretending to be a potential buyer or real estate agent at open houses. Police said he also sometimes falsely claimed to work for an investment firm.

“When he showed up he was dressed to the nines. He acted the part. He was very slick,” Timmons said.

No one challenged him or sought to verify who he was, the detective said.

Timmons said detectives were still trying to determine how the burglaries were carried out, including who else may have been involved.

He said it was sophisticated and included tampering with surveillance cameras.

“Sometimes they were just ripped out and other times the cameras would simply go black until several hours after the burglary occurred,” Timmons said.

The district attorney had not yet filed charges and no court date was set yet for Ackerman, Timmons said. It was not immediately known if Ackerman had retained a lawyer.