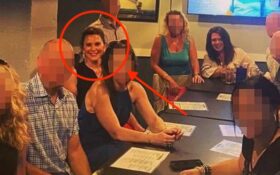 Liberal Michigan Gov. Gretchen Whitmer was one of the loudest voices throughout the pandemic urging citizens to wear a mask.

And she just got caught without one in a viral photo that circled the internet over the weekend.

She also broke her own state-mandated social distancing guidelines at an East Lansing, Michigan bar and grill.

It was the latest pandemic-related misstep for the Democratic governor, who waited weeks to disclose partial details of a private jet trip she took to visit her father in Florida after two of her top aides headed south as coronavirus cases surged in Michigan and residents were told it was unsafe to travel south for spring break.

A photo circulated on social media of Whitmer with a large group of unmasked people at an East Lansing bar-restaurant, The Landshark Bar & Grill, The Detroit Free Press reported Sunday.

The Free Press reported that photo, which shows Whitmer seated with about a dozen other people, was posted on social media by one of the attendees but later deleted.

Whitmer swiftly made a public apology after the picture went viral.

“Throughout the pandemic, I’ve been committed to following public health protocols,” Whitmer said in a statement Sunday. “Yesterday, I went with friends to a local restaurant. As more people arrived, the tables were pushed together. Because we were all vaccinated, we didn’t stop to think about it. In retrospect, I should have thought about it. I am human. I made a mistake, and I apologize.”

You can view the photo, which was first reported by Breitbart, below: 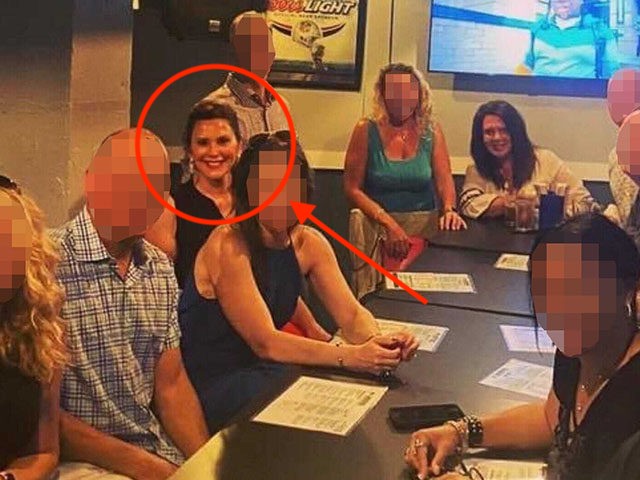 Kevin Meador wrote that Whitmer is a “do as I say liberal democrat not as I do.”

“It’s good to be the queen,” wrote another Twitter user.

And a user named Bubba Cannon pointed out that Whitmer frequently breaks her own pandemic rules.

What’s this, the 3rd or 4th time she’s violated her own rules ?

Whitmer, who received her second vaccination dose April 29, is considered fully vaccinated. But she is not the Democratic leader to draw criticism for defying their own pandemic-related rules.

California Gov. Gavin Newsom, a Democrat who was praised by the media for issuing the first statewide stay-at-home order in the U.S. back in March, 2020, later drew criticism after he broke his own rules. Newsom and his wife were caught dining with 10 others at the expenmsive French Laundry restaurant in Napa in early November with lobbyists and others from numerous different households, sitting close together, mask-less.

Newsom quickly apologized, saying he “made a bad mistake” but noting the gathering was outdoors. Within days, photos emerged showing the group in a room that was enclosed on three sides with a sliding glass door on the other, maybe meeting the technical definition of outdoors, but not the spirit.

Newsom is facing a voter recall effort after the incident.