[Alert] Your phone may be SILENCING conservatives - The Horn News 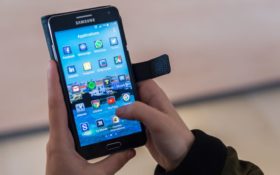 Thousands of conservatives were locked out of their accounts overnight, lost followers, and were even stripped of people they followed.

What exactly transpired still remains unclear, but one things remains the same: There is a liberal bias in social media. Leftists  have free reign to speak their opinions, while conservatives are silenced on the popular phone apps.

The New York Daily News has reported that Twitter is purging more and more suspected robot accounts days after 13 Russian nationals were indicted for their influence on the 2016 presidential campaign.

However, these purges also swept up hundreds — even thousands — of outspokenly conservative Americans without explanation.

Conservative Twitter users are blaming CEO Jack Dorsey of being an authoritarian, even comparing him to North Korea’s leader Kim Jong Un. They believe that Dorsey wants to block their free speech.

Here are some of the reactions from conservatives on Twitter —

Why Twitter? Why did you lock out 1000's of Conservative accts? Why did you remove 1000's of followers??
I didnt exhibit ANY automated behavior! What rule do you want me to read EXACTLY… that will stop this from happening?? pic.twitter.com/yIUO5PniJ3

Twitter messes with our accounts and hashtags because we 'twitter' better than they ever imagined. Thus proving we are smarter and more successful than the lefties they created this social media platform for.

Due to the TWITTER LOCK OUT, my previous account has been dismantled. I'm rebuilding from the ground up. Thank you for your understanding and for the FOLLOW back!

If you lost followers during the #TwitterLockOut, comment below.

Follow each other & use this as an opportunity to grow stronger.

The people, united, will never be divided.#WednesdayWisdom

While thousands of conservatives took to Twitter to complain that the company is censoring their opinions and their beliefs, liberals had no complaints to share.

Instead, snowflakes found it humorous that their fellow Americans were being silenced —

I want to offer my thoughts and payers to the millions of Russian bots who lost their lives last night, and the millions of GOP votes that just went up in smoke. #TwitterLockOut

Most of the bots locked out are trapped in the basement of a pizzeria that doesn’t have a basement which is funded by George Soros. #TwitterLockOut

Twitter purged over 1 million accounts in January due to pressure to reduce the amount of bot accounts. Now, they are sweeping up and silencing the voices of real Americans that do not share their same political views.

Shutting out the voices of conservatives will not make us go away, we will speak louder and with more force — we will not back down!