Pharmacist swindles investors out of $2.5M - splurges on Shelby Cobra! - The Horn News 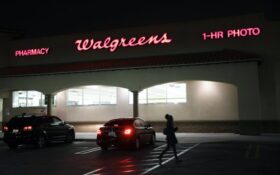 A West Virginia pharmacist pleaded guilty on Monday to swindling millions from investors and pretending to be a government contractor, prosecutors announced.

Natalie Cochran admitted in federal court to wire fraud and money laundering. She defrauded about $2.5 million from at least 11 investors with promises the money would be put into federal contracts. She convinced one person to wire transfer over $511,000 from North Carolina.

Cochran, 39, used the money to buy a 1965 Shelby Cobra and other vehicles, two properties and jewelry — all goods she has agreed to give up. She will also pay $2.6 million to her victims and nearly $45,000 was seized from her business’s bank account, federal prosecutors said.

She admitted the scheme lasted from June 2017 through at least August 2019.

Rhett Johnson, a public defender representing Cochran, did not have comment.

“Not only could she be sentenced to more than 11 years in prison, Cochran agreed to forfeiture of a substantial amount of cash and assets,” U.S. Attorney for the Southern District of West Virginia Mike Stuart said in a statement.