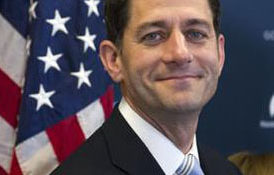 House Speaker Paul Ryan told Republican lawmakers Thursday that leaders plan to draft legislation this weekend revamping the nation’s health care system, the latest indication that party leaders are trying to surge ahead despite persistent disputes over what the measure should look like.

Ryan, R-Wis., described the timetable at a closed-door meeting of GOP lawmakers, according to Rep. Mike Coffman, R-Colo. The meeting came as Republicans continue their push to try repealing former President Barack Obama’s health care law and replace it with their own plan.

Ryan told reporters later that “we will soon introduce legislation” overhauling the health care law. He said Republicans “are united and we are determined” to act.

Republicans have hit internal roadblocks for years in their effort to repeal that 2010 statute. While disputes remain over taxes and other issues, Republicans say party leaders want the House to approve legislation in the next few weeks in hopes of letting the Senate consider the bill before Congress takes an early April break.

Underscoring the effort’s sensitivity, one author of the emerging bill was resorting to unusually secretive steps to prevent details from circulating.

Rep. Greg Walden, R-Ore., chairman of the House Energy and Commerce Committee, was showing a draft of his panel’s portion of the bill to Republicans on that committee in its offices, according to one GOP lawmaker and a congressional aide. Legislators were not given copies of that draft, a week after an earlier version of the measure was leaked to reporters and lobbyists.

The lawmaker and aide described the unusual procedures on condition of anonymity because they were not allowed to discuss them publicly.

Obama’s law expanded Medicaid to more lower-income people, a move that 31 states accepted — along with billions in added federal payments to cover it.

The GOP plan being developed would provide money for those states and for the 19 states — mostly run by Republicans — that didn’t expand Medicaid.

One of the most contentious of the remaining proposals is a new tax, backed by Ryan, that would be imposed on part of the value of expensive employer-provided health care plans. Many Republicans, though, are reluctant to vote for a tax increase — a sure way to invite challengers in primary elections.