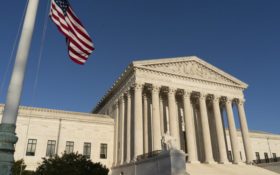 President Donald Trump’s two appointments to the U.S. Supreme Court were supposed to secure the highest court for conservatives for a generation.

So far? Not so good, it seems.

This week the U.S. Supreme Court stopped a legal ban that left the citizens of Indiana without any protections — and it has conservatives livid.

The Indiana law also called for the humane disposal of aborted babies. Previously, Planned Parenthood and other abortuaries simply dumped pre-borns in landfills or threw the babies in with medical waste. That part of the Indiana law the U.S. Supreme Court was upheld.

The Supreme Court justices wrote that they “express no view on the merits” of the Indiana anti-discrimination law.

When Indiana passed the law in 2016, liberal groups immediately sued. True to form, Planned Parenthood and the ACLU fought for racism, sexism, and discrimination based on possible disability. The nation’s largest abortion conglomerate also joined the infamous liberal organization in suing to treat aborted babies like garbage.

The Seventh Circuit court struck the law down.

In response, Indiana’s Republican Attorney General Curtis Hill asked the Supreme Court to take the case. Hill noted, “Our nation knows only too well the bitter fruits of such discrimination.”

Justice Clarence Thomas wrote that states have a right to insist on “the respectful treatment of human remains,” and called on his Supreme Court fellows to address racial, sexist, and disability discrimination against humans in the womb.

“This law and other laws like it promote a State’s compelling interest in preventing abortion from becoming a tool of modern-day eugenics,” the George H.W. Bush appointed justice wrote.

“The use of abortion to achieve eugenic goals is not merely hypothetical. The foundations for legalizing abortion in America were laid during the early 20th-century birth control movement,” Thomas explained.

“And significantly, Planned Parenthood founder Margaret Sanger recognized the eugenic potential of her cause,” he added, going on to detail some of Sanger’s blatantly racist writings.

“Abortion is an act rife with the potential for eugenic manipulation,” Thomas wrote.“We cannot avoid this issue forever.”