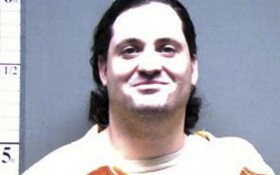 Connecticut judges have sided with state Democrats and made the decision to spare the lives of rapists and murderers on death row. GOP politicians are furious, claiming the court is making policy through opinion, and is not upholding state law as it’s sworn to do.

Despite protests, Connecticut’s highest court yesterday struck down the state’s death penalty, sparing the lives of all 11 convicted killers on death row.

A 2012 state law, signed into law by Democratic Gov. Dannel Malloy, repealed the death penalty for future crimes while preserving it for those already condemned to die, but the court ruled Thursday that the punishment “no longer comports with contemporary standards of decency” and violates the state’s constitution.

The Connecticut ban had been passed prospectively because many lawmakers refused to vote for a bill that would spare the death penalty for Joshua Komisarjevsky and Steven Hayes. They had been convicted of killing a mother and her two daughters in a highly publicized 2007 home invasion in Cheshire.

Jennifer Hawke-Petit was raped and strangled. Her daughters, Hayley, 17, and Michaela, 11, died after they were doused with gasoline and the house was set on fire. Michaela was sexually assaulted.

But now the court decided to spare Komisarjevsky and Hayes. In his ruling, Justice Richard N. Palmer wrote that it would not be permissible to execute other convicts “merely to achieve the politically popular end of killing two especially notorious inmates.”

The ruling drew harsh criticism from the three dissenting justices and legislative Republicans, who accused the court of taking on the role of policymakers.