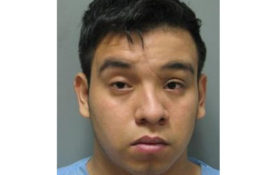 An innocent 14-year-old female student was dragged into a boys bathroom at Rockville High School in Maryland Thursday and brutally raped by two of her classmates – one being an illegal immigrant.

The assault happened Thursday morning, Montgomery County Police said in a news release Friday. The victim was walking in a hallway when she met the teens. Jose Montano, 17, an immigrant from El Salvador, asked the girl to walk with them and to have sex, but she refused, the release said.

Montano asked her again, then forced her into a boy’s bathroom and into a stall, where he and 18-year-old Henry Sanchez, an illegal immigrant, raped and sodomized her, police said.

Sanchez is believed to of crossed into the United States illegally from Guatemala about seven months ago and has a pending “alien removal” case against him, according to the Washington Post.

But somehow it gets even worse.

The city of Rockville is actually considering becoming a sanctuary city, or safe haven for illegal immigrants, even in the wake of this horrific rape.

Rockville police already avoid questioning suspects about their legal status, but they are now in the process of formally becoming a sanctuary city. An ordinance was introduced in early March, The Daily Caller reported.

Even with such a disgusting crime committed by illegals, city council members are still encouraging the city to welcome more people like Montano and Sanchez into their town.

Police say they’ve charged both criminals with first-degree rape and two counts of first-degree sexual offense. Montano is charged as an adult. Court records do not list attorneys for either. Both are being held without bail.

A spokeswoman for the Montgomery County Public Schools, Gboyinde Onijala (Boy-in-day o-NEE-jah-lah), said in a phone interview that staff at Rockville High will increase monitoring of the hallways and bathrooms. The school has one school resource officer.

“Ensuring a safe, secure and welcoming learning environment for all of our students is our top priority,” Onijala said in a prepared statement.

While it may be a priority for the school, it’s clearly not for the city as they prepare to become a safe haven for illegal immigrants.