Child abuse on the rise, authorities say - The Horn News 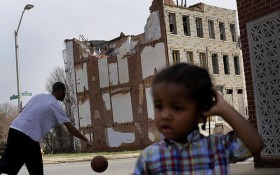 The number of U.S. children victimized by abuse and neglect increased by nearly 3 percent in the latest annual reporting period, according to new federal data.

According to the report released Monday by the Department of Health and Human Services, the estimated number of victimized children in the 2014 fiscal year was 702,208 — up from 682,307 in 2013.

HHS said Rafael Lopez, commissioner of the Administration on Children, Youth and Families, had sought input from child welfare officials in states with the increases in reported abuse and neglect. According to Lopez, the officials cited substance abuse, mental health issues and domestic violence as factors contributing to the increased maltreatment.