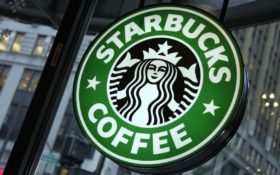 Starbucks is hurting. After spending most of 2017 thumbing their noses at conservatives, they’ve flipped the coin and are now the subject of boycotts from the left following a disastrous racial profiling report.

Desperate for a public relations win, the coffee chain announced it is closing more than 8,000 U.S. stores for a few hours Tuesday to conduct anti-bias training in the company’s latest step to deal with the fallout over their latest controversy.

After the incident last month, the coffee chain’s leaders apologized and met with the men but also scheduled an afternoon of training for 175,000 employees.

“We still aspire to be a place where everyone feels welcome,” Starbucks chairman Howard Schultz said in an open letter Tuesday. He said the instruction will become part of how Starbucks trains all its workers.

Investors aren’t buying it. The companies stock dropped over 1% on the day, the latest plunge in a year-long decline. Since May of last year, the company has shed over 11% of it’s value. Now, faced with boycotts from conservative and liberal customers, executives at the company are likely close to pulling out their hair.

In the Philadelphia incident, Rashon Nelson and Donte Robinson were asked to leave after one was denied access to the bathroom. The incident was recorded by cellphone and went viral.

Starbucks said the arrests never should have occurred. It has since announced anyone can use its restrooms, even if not buying anything.

Will there be any customers left to buy anything?