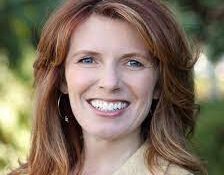 Former Oregon House Speaker Tina Kotek’s victory in the Democratic gubernatorial primary in May was supposed to guarantee her the governor’s mansion, Mahonia Hall, in Salem.

But according to a surprising new poll, Oregonian voters may reject the far-left Democratic socialist… and elect a Republican governor for the first time in 40 years.

Betsy Johnson, a Democratic state senator who is running as an independent, is complicating things in the deep blue Beaver State, making the election a three-way race in November.

And a shocking new poll shows Drazan ahead in the race.

The Portland-based Kotek, who won the Democratic primary in May, has collected endorsements from a third of Oregon lawmakers, nationally elected leaders, unions, and organizations. But as someone who held power during a tumultuous time in Oregon, Kotek must convince voters she can improve the state while avoiding blame for its problems.

Oregon hasn’t elected a GOP governor since then-incumbent Gov. Vic Atiyeh won reelection in 1982. But political experts say Republicans have an opening for victory amid widespread discontent in the state and a possible split in votes among the majority parties as the unaffiliated Johnson makes a gubernatorial run in the fall.

“This will be a three-way race for the highest office in our state. And this will be an election unlike any of us have ever seen,” Kotek has admitted.

“The biggest change Oregon can make this year is putting the people back in charge with an independent governor loyal only to Oregonians, not the political extremes,” Johnson tweeted.

Christopher McKnight Nichols, an associate professor of history at Oregon State University, has described the GOP’s chances of winning in the fall as “the best shot” the party has had in a long time.

Determining the results in close races could be delayed due to a new Oregon law, which allows mail-in ballots postmarked by Election Day to count if county elections offices receive them within a week of the election.

The change was made during Oregon’s 2021 Legislative Session. Under previous law, ballots were only counted if they were received by 8 p.m. on Election Day.