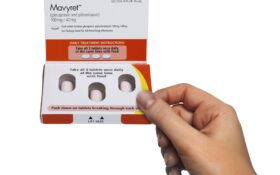 Fewer than 1 in 3 people infected with hepatitis C are getting the expensive treatments that can cure them, according to a U.S. government study released Tuesday.

The report is distressing because it focused on those with health insurance — the group most likely to get treated for the liver infection, said one expert, Dr. Norah Terrault.

Insurance restrictions appear to be part of the reason for the surprisingly low percentage. A course of treatment can cost tens of thousands of dollars but can wipe out the infection in only a few months.

It may also be that not enough primary care doctors are prescribing the medicines, perhaps thinking it should be handled by a specialist or dissuaded by the paperwork that may be required, experts said.

“It’s a wake-up call that we have a lot of work still to do,” said Terrault, president-elect of the American Association for the Study of Liver Diseases.

The hepatitis C virus is spread through contact with blood from an infected person. Most Americans become infected by sharing needles used to inject illicit drugs, and the estimated number of new infections has been rising in the midst of the current opioid epidemic, officials say. The virus does most of its damage by infecting the liver, and can lead to cirrhosis or liver cancer.

New medicines hit the market in 2014, and annual deaths from hepatitis fell. The pills cure about 90% of the people who take them, according to the Centers for Disease Control and Prevention, which issued Tuesday’s report.

The study found that overall, less than a third of people with health insurance get the hepatitis C medicines within a year of diagnosis. The findings are based on insurance claims for nearly 50,000 U.S. adults under age 70.

The study didn’t include people who are not insured or those who haven’t yet been diagnosed — meaning it’s likely that the share of people getting treatment is even smaller, said one study author, the CDC’s Dr. Carolyn Wester.

Treatment rates were lowest for patients in state-administered Medicaid plans. Some states require specialists prescribe the drugs, patients to have liver damage or that patients first abstain from drugs and alcohol for months.

“Not all insurance is equal,” Wester said. Such restrictions are not consistent with prescribing guidelines, she added.