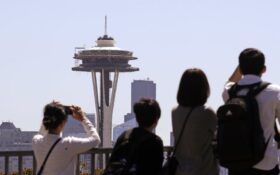 The Seattle Times reports that in court filings the Democratic attorney general says both the social media giant and its attorneys knew the testimony was false.

“Facebook is a commercial advertiser, yet it views itself above this law,” Ferguson writes in a new filing. “Even after a previous lawsuit and the original complaint in this case, it still refuses to provide the public access to all required information about political ads.”

The company has argued that Washington’s campaign finance laws are unconstitutional and violate both the First Amendment’s free speech protections and the Commerce Clause, which gives Congress the power to regulate interstate commerce.