On Feb. 22 the Mueller probe may be destroyed (and Obama with it!) - The Horn News 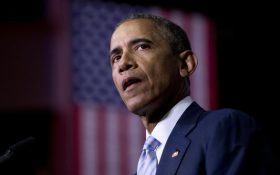 An uncovered email from former National Security Advisor Susan Rice may end what critics have alleged is a partisan investigation into Trump by special counsel Robert Mueller. On Feb. 22, we could instead see the tables turned… and see the Trump administration open an investigation into Obama’s wiretapping.

On her last day in office in 2017, it has been revealed that Rice sent a suspicious email to herself detailing a strange meeting of top Obama administration officials on Jan. 5, 2017.

What that email contained has raised eyebrows across Washington, D.C. — and the American people could finally see Obama indicted for his suspected crimes.

On January 5, following a briefing by IC leadership on Russian hacking during the 2016 Presidential election, President Obama had a brief follow-on conversation with FBI Director Jim Comey and Deputy Attorney General Sally Yates in the Oval Office. Vice President Biden and I were also present…

President Obama began the conversation by stressing his continued commitment to ensuring that every aspect of this issue is handled by the Intelligence and law enforcement communities “by the book”. The President stressed that he is not asking about, initiating or instructing anything from a law enforcement perspective. He reiterated that our law enforcement team needs to proceed as it normally would by the book.

From a national security perspective, however, President Obama said he wants to be sure that, as we engage with the incoming team, we are mindful to ascertain if there is any reason that we cannot share information fully as it relates to Russia…

The President asked Comey to inform him if anything changes in the next few weeks that should affect how we share classified information with the incoming team. Comey said he would.

How to fight back against these 3 chemicals [sponsored]

“First, why was Rice sending a memo to herself, except to create a paper trail designed to paste a friendly gloss on a rather suspicious meeting? Second, how exactly would Obama have planned to prevent the intelligence community from handing over information to the incoming commander-in-chief?” Shapiro asked, pointing out that as the new commander in chief Trump has constitutional authority over every part of the executive branch, which includes the intelligence community.

“Third, Obama said he didn’t want to interfere with anything from a law enforcement perspective. But how about from an intelligence-gathering perspective?” Shapiro asks.

On Monday, Iowa Sen. Charles Grassley and South Carolina Sen. Lindsey Graham, Republicans on the Senate Judiciary Committee, sent a letter to Rice demanding answers by no later than Feb. 22.

“If the timestamp is correct, you sent this email to yourself at 12:15 pm, presumably a very short time before you departed the White House for the last time. In this email to yourself, you purport to document a meeting that had taken place more than two weeks before,” their letter reads, and then demands the answers to a number of questions.

The Daily Wire summed up their demands —

It’s time the American people got the answers they deserve.