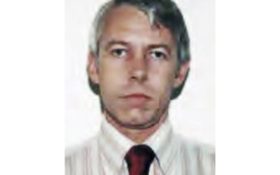 A lawsuit by four former Ohio State University wrestlers alleges the school failed to stop “rampant sexual misconduct” by a now-dead team doctor despite being repeatedly informed about his behavior.

An independent investigation about Strauss began after such allegations were raised earlier this year. Ohio State says the allegations involve men from 14 sports

Strauss worked for the university for two decades, retiring in 1998. He killed himself in 2005.

His family has said they were “shocked and saddened” to learn of the allegations.