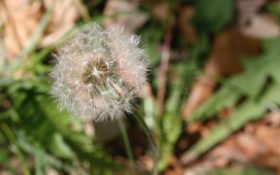 Authorities say a homeowner trying to kill troublesome weeds with a torch has burned down his garage.

The Springfield News-Sun reports Springfield Township firefighters in central Ohio were called to a home around 4 a.m. Thursday for a detached garage engulfed in flames.

No one was injured.

Fire officials learned the man had been trying to eliminate weeds around the garage. They’re calling the blaze an accident.

The destroyed garage held tools and appliances. Fire officials estimate the loss at between $10,000 and $15,000.