Meteor strike in Utah?! Officials suspect so after this... - The Horn News 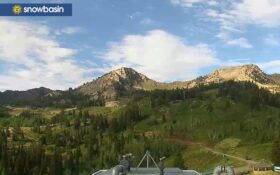 A loud “boom” heard across areas of northern Utah was likely a meteor, officials said Saturday.

Reports of the loud noise circulated at about 8:30 a.m., with people from Orem to southern Idaho posting that they heard the “boom,” The Salt Lake Tribune reported.

Utah Gov. Spencer Cox tweeted that his office confirmed it was not related to any seismic activity or military installations.

The National Weather Service’s Salt Lake City office wrote in a tweet that its lightning detection mapper likely picked up the meteor’s trail flash, which officials said seemed to be confirmed by witness video in Roy.

South Salt Lake resident Wendi Melling was just heading out the door Saturday morning when she heard the noise, which she described as a “loud deep booming sound” followed by a few seconds of rumbling.

“I thought I heard something fall in the house. I have since searched the house top to bottom and the only thing I’ve found was one slat from our wooden fence that had fallen, so that’s a relief,” Melling wrote in a Facebook message.

“It did sound similar to sonic booms I’ve heard before, followed by a short incident of a sound similar to low rolling thunder,” Melling continued. “This rumbling noise that followed the boom was maybe on 3-4 seconds.”