It's official: Elvis Presley is running for Congress (yes, really...) - The Horn News 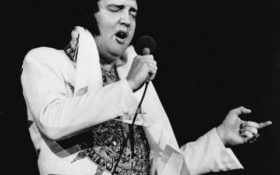 Elvis Presley is officially running for a congressional seat in Arkansas. But don’t confuse him with the rock ‘n’ roll icon, unless he’s performing.

Both men filed paperwork Monday to run for the 1st Congressional District in eastern Arkansas. Crawford has represented the area for four terms.

Presley has previously run for Arkansas governor, land commissioner and the state Legislature. The Libertarian Party selected its nominees at a convention over the weekend.

The one-week filing period for state and federal office in Arkansas ends Thursday.