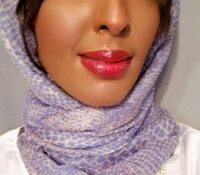 Rep. Alexandria Ocasio-Cortez, D-N.Y., is the leader of a group of far-left Democrats that includes Reps. Ilhan Omar, D-M.N., and four others.

They call themselves “the Squad” — but one former Somali refugee is making headlines in her attempt to unseat the socialist leaders.

Shukri Abdirahman, a U.S. Army combat veteran of 10 years turned Republican congressional candidate, told Fox News that Ocasio-Cortez and her ally, Omar, have neglected their voters and harmed constitutes with their “defund the police” rhetoric.

“I came from a socialist country, as you know. I left Somalia because of a civil war,” she told Fox News. She joined the U.S. Army to serve America as thanks for taking in her family.

She grew up in downtown Minneapolis and, as a mother of three, said she felt the call to serve again after seeing the city’s decline.

“Minneapolis just saw one of the most violent years on record, falling just one homicide short from the all-time record. The city at that time was coined ‘Murder-apolis,’” Abdirahman said in a recent interview.

Omar announced her intention to seek a third term on Monday. She was first elected to the House in 2019 and was the first Somali American in Congress. She said in a news release Monday that she chose to run to help build a better world by addressing a host of issues including economic and income inequality and climate change.

“When I first ran for this office there was one thing I kept coming back to. Something I said to myself and to the voters over and over: I believe that a better world is possible,” she said. “I still believe that.”

Her first term generated widespread attention when she launched her 2020 re-election campaign with the slogan “Send her back to Congress!” — a riff on comments made by then-president Donald Trump that Omar and three other congresswomen of color should “go back” to their countries.

Omar has passed just eight bills into law since she was first elected, despite introducing more than 100 bills and amendments during her tenure.

Abdirahman said she wants to represent Minnesota’s 5th congressional district because under Omar “there seems to be no representation at all.”

“After I left the military, I always wanted to be a service-driven person and serve my country in a different capacity,” she told Fox News.

“Now more than ever, I realize there’s no more time to wait for it to happen.”

My name is Shukri (Shu) Abdirahman.

I’m a refugee who survived under the socialist dictatorship of Mohamed Siad Barre in Somalia.

I immigrated to America and served 10 years as a US Army Combat Veteran.

I’m now running to defeat Ilhan Omar for a brighter future. JOIN ME!