Ocasio-Cortez under investigation by House Democrats - The Horn News 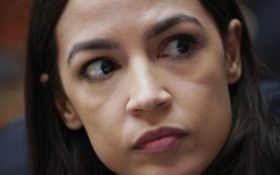 The committee is currently chaired by a Democrat.

“The Acting Chairwoman and Acting Ranking Member of the Committee on Ethics have jointly decided to extend the matter regarding Representative Alexandria Ocasio-Cortez, which was transmitted to the Committee by the Office of Congressional Ethics on June 23, 2022,” said a joint statement from committee chair Rep. Susan Wild, D-Pa., and ranking member Rep. Michael Guest, R-Miss.

The committee noted Ocasio-Cortez’s status as innocent until proven guilty. The committee also divulged very little about the new investigation against the socialist representastive, but it promised to prove more details next year.

“The Committee notes that the mere fact of a referral or an extension, and the mandatory disclosure of such an extension and the name of the subject of the matter, does not itself indicate that any violation has occurred, or reflect any judgment on behalf of the Committee,” the statment continued.

“The Committee will announce its course of action in this matter following its organizational meeting and adoption of Committee Rules in the 118th Congress.”

Ocasio-Cortez remains confident in her sound ethics. “The congresswoman has always taken ethics incredibly seriously, refusing any donations from lobbyists, corporations or other special interests,” spokesperson Lauren Hitt said in a statement.

Susan Wild, the comittee chair, distanced herself from Ocasio-Cortez before this year’s midterm elections. “People look at me as a 64-year-old woman who was a lawyer and represented a lot of corporations and hospitals over the years, and they’re like, ‘Yeah, I’m pretty sure she’s not a socialist,'” Wild told The New York Times magazine in June. Last month, Wild won re-election in a district rated R+2.

Even before this year, Ocasio-Cortez had already faced two ethics complaints from conservative watchdogs unhappy with her participation in the Met Gala.

But Ocasio-Cortez is now facing a full-blown investigation from another Democrat.